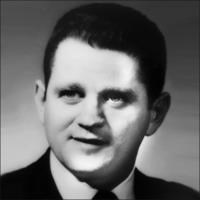 Joe was married to his college sweetheart, Janet A. (Jodaitis) of Gardner. They settled down with their big family in Newton and later North Falmouth when they retired. They enjoyed 61 wonderful years of marriage. Joe grew up in North Quincy and attended North Quincy schools and UMass Amherst, where he met his future wife, Janet. Joe was a private in the U.S. Army Reserves, and was very proud to be a member of the Kappa Sigma fraternity and maintained strong bonds with his fellow alumni for the rest of his life. Joe earned his master’s degree from Boston University and was a systems analyst for Honeywell and then Digital Equipment Corporation, where he enjoyed the DECUS conventions.

He and Janet loved to travel and gather with their fraternity friends, enjoying the Falmouth Road Race weekends and other worldwide adventures. He loved the beach, especially Cape Cod, family gatherings and wintertime pilgrimages to Florida. Joe treasured his visits to Ireland and was a member of the Knights of Columbus Council 167 in Newton for 30 years. An avid sports fan, he followed college basketball and loved the Patriots, Red Sox and Bruins. In retirement, Joe proudly served on the board of directors of the Old Silver Beach Estates Homeowners Association for many years. He also enjoyed his time with the Men’s Club, his poker buddies and his study of the Mulvey family genealogy. He was an avid reader of history, particularly U.S. history.

A funeral Mass will be held at 11 a.m. on Monday, Feb. 7, at St. Elizabeth Seton Church, 481 Quaker Road, Falmouth. In lieu of flowers, the family requests donations in Joe’s memory be made to the Society of Saint Vincent de Paul at (ssvpusa.org). For online guestbook and directions, visit chapmanfuneral.com.