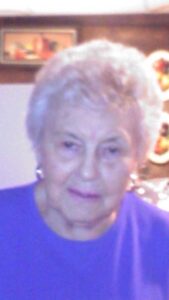 M. Elizabeth (Robson) Palmer, 99, died Nov. 12 in Milford. Born in Wiscasset, Maine, she was the daughter of the late Thomas and Georgia (Lord) Robson. She was a resident of Hopkinton since 1934.

She was a 1939 graduate of Hopkinton High School and worked for GE-Timex & Telechron in Ashland. She was very active in the union, serving as secretary and later becoming the first woman president of Local 205, United Electrical Workers. She also was a long-time hostess at Carbone’s Restaurant in Hopkinton.

May she rest in peace until we meet again.

A funeral Mass will be celebrated Saturday, Nov. 20, at 10:30 a.m. in St. John the Evangelist Church, 20 Church Street, Hopkinton. Burial will follow in Mount Auburn Cemetery, Hopkinton. Funeral arrangements have been entrusted to the Callanan Cronin Funeral Home, Hopkinton.