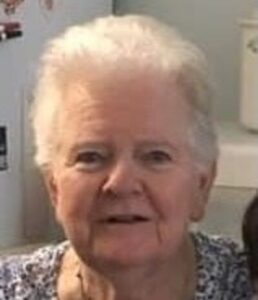 Madeline J. Norton, 88, of Hopkinton passed away Sept. 14 at her home surrounded by family. Born in Natick, she was the daughter of the late John and June (Sobieski) Garvey and wife of the late Henry “Bud” Norton, who died in 1985.

Madeline worked as a bookkeeper for many years for St. John the Evangelist Church in Hopkinton and later St. Bridget Church in Maynard. She will be remembered for her love of family, especially her grandchildren and great grandchildren.

A graveside service will be held Friday, Sept. 17, at 10:30 a.m. in St. John’s Cemetery, Mayhew Street, Hopkinton. Services are under the care of the Matarese Funeral Home of Ashland. In lieu of flowers, donations may be made to the Framingham Heart Study Research Fund, 595 Commonwealth Ave., Suite 700, Boston, MA 02215.