Man killed in wrong-way crash on I-495 in Hopkinton 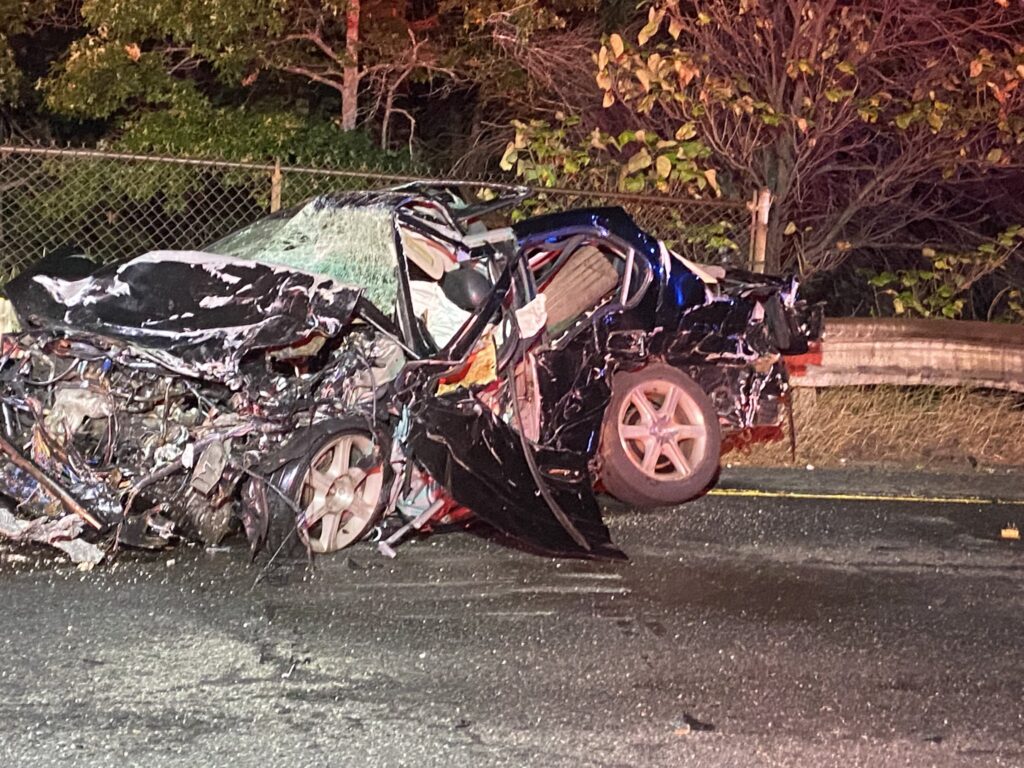 The driver of this vehicle was killed in Wednesday morning’s accident on I-495. PHOTO/HOPKINTON FIRE DEPARTMENT

One man was killed and a wrong-way driver was charged after a crash on Interstate 495 in Hopkinton early Wednesday morning, the Massachusetts State Police announced.

According to a State Police news release, the driver of a 2018 Ford Transit van, identified as 29-year-old Devin Arroyo of Taunton, was traveling southbound on I-495 northbound around 12:15 a.m. The van collided head on with an Infiniti car driven by an adult male.

The Infiniti then was struck from behind by a 2020 International tractor-trailer, driven by 41-year-old man from Providence, that was unable to stop in time.

The driver of the Infiniti was transported by ambulance to UMass Medical Center, where he was pronounced dead as a result of injuries sustained in the crash. His identify was being withheld pending notification of kin.

UPDATE, Aug. 19: The deceased individual was identified by State Police as 72-year-old Samuel Ibikunle of Westborough.

The driver of the tractor-trailer was not injured.

The Ford van rolled over after hitting the car. Arroyo, the driver of the Ford, was transported to UMass Medical Center with minor injuries. At the hospital, he was placed into custody for operating under the influence of alcohol, and further charges could be forthcoming pending completion of the investigation.

Hopkinton Police, Fire and EMS were among those who assisted on the scene.