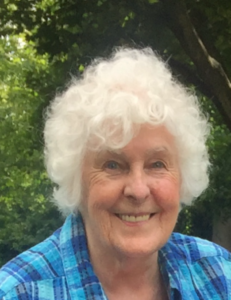 Margaret (Peggy) Golden, 90, of Holliston and formerly of Cheshire, Connecticut, passed into eternal life on Feb. 18 after a brief illness. She was the wife of the late Thomas Vincent Golden, whom she married in 1955. Peggy was born in Marion, Connecticut, on Feb. 14, 1931. Her parents were the late Theodore Fowler Dickinson and Margaret McAdam Dickinson.

She graduated from Waterbury Catholic High School in 1949 and then Larson College (Quinnipiac College) in Hamden, Connecticut, with a degree in fashion merchandising. She was employed as a service representative at the Southern New England Telephone Company (SNET) in New Haven for many years. Later, when her children were grown, Peggy worked for Cheshire Management Company, attained her real estate license, and sold condominiums throughout the state of Connecticut. She was a Brownie leader, a member of the Junior Women’s Club and a member of the Ladies Guild at St. Bridget Church. Peggy was a very dedicated and spiritual person who made many lifelong friends. Peggy’s family was a source of enormous pride and joy for her, as were her very special friends. She was extremely grateful for the life that God had graced her.