According to the National Institute of Mental Illness, nearly one in five Americans suffers from some type of mental illness, including anxiety and depression. As the rate of the two seems to be increasing among both adults and adolescents, individuals are seeking various types of therapies to help.

“I began noticing a trend in my ortho and women patients; many were on medications for anxiety and/or depression,” the Hopkinton resident said. 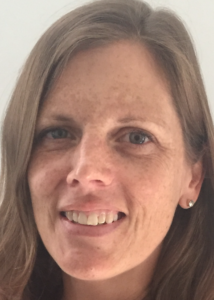 MacDonald pooled her clinical experience and knowledge as a physical therapist and breath training as a childbirth educator and, through research, determined that no one was addressing the body in treatment of anxiety or depression.

She discovered through regular exercise, as well as learning breathing and posture techniques, symptoms related to anxiety and mild to moderate depression could be alleviated.

“It was such empowering information to have,” MacDonald said.

She explained, for example, people with anxiety have been found to have overactive electrical patterns in their muscles. Exercise can lower the resting tension of muscles.
“If the body is calm then the mind will be calm,” she said.

While the word “exercise” may bring visions of running laps around a track to some, MacDonald explained it can include a wide range of activities, including yoga and weightlifting, which have been shown to reduce depression and anxiety. Green (outside) exercise has been particularly known to have psychological benefits.

“There’s no one exercise routine that’s right for everyone. The trick is to find something you enjoy,” she said.

MacDonald, who works at Platinum Physical Therapy in Hopkinton, wants to make certain it’s understood that she’s not advocating people discontinue therapies they are currently utilizing, but that exercise can be a supplement to help.

“It’s not a substitute for counseling or some other therapy; it’s a piece that people can add on,” she explained.

Still, when someone’s feeling anxious or depressed, they’re likely not feeling motivated to exercise because they’re in a low energy state.

“Having physical therapy or a coach or some type of commitment with a friend is key. Being with someone is helpful,” MacDonald said.

Problematic posture and breathing can be related to anxiety and depression. If individuals have collapsed posture and poor breathing habits, then physical therapy is recommended.

“It’s my professional view that if exercise, postural correction and diaphragmatic breathing is implemented and integrated, then the body and mind can function at their best,” she said.

On March 11, MacDonald will be hosting a free presentation, “Help for Anxiety and Depression via Physical Therapy,” at the Hopkinton Center for the Arts beginning at 7:30 p.m.

Donations will be accepted to support Hopkinton High School’s local chapter of the Active Minds Club. The organization was founded by Alison Malmon when she was attending the University of Pennsylvania following the suicide of her older brother. The Active Minds Club aims to create awareness and put an end to the stigma around mental illness.