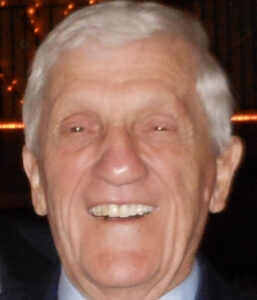 Newton was born Jan. 28, 1926, in Hartford, the son of the late Newton Thompson and Irene Smith. He was the loving husband of the late Christine M. Thompson. He retired at age 62 from the Connecticut Natural Gas Company after 33 years in sales. He was a longstanding member and deacon at the Windsor Locks Congregational Church. A sergeant in the U.S. Army Air Force during WWII, Newton was a member of the Masons and American Legion. He enjoyed reading and the daily crossword, family gatherings, traveling with family and friends, attending the theater, racquetball and card games.

A funeral service was celebrated Dec. 16 at Windsor Locks Congregational Church in Connecticut. Committal followed at Grove Cemetery. Memorial donations may be made in memory of Newton to the American Diabetes Association, P.O. Box 15829, Arlington, VA 22215. Online condolences may be made by visiting https://www.leetestevens.com/memorials/newton-thompson/4054503/index.php