In an era when police nationwide have faced increased scrutiny, particularly in schools, Officer Phil Powers is a shining example of what a community officer should be.

The veteran Hopkinton school resource officer of more than 20 years reflected on his career and his efforts to steer Hopkinton’s youth in the right direction as a mentor and friend as he approaches his retirement next month.

Powers began his career after serving in the Air Force, joining the Upton Auxiliary Police in 1979. After a few years, he joined the force part-time. In 1987 he became a full-time officer in Hopkinton and never looked back.

“Back in 1987, Hopkinton had a full-time job opening, so I transferred over there,” he explained.

Because he wanted to spend time with his family, he chose to work the midnight shift for 13 years so he could be with his children during the day.

He went from walking the beat to also becoming a D.A.R.E. officer for fifth-graders, teaching students about the dangers of violence and drugs. Powers enjoyed working with children, so when a grant came up to fund a school resource officer position, he decided to apply.

Since then, Powers, who has lived in Hopkinton for 19 years, has become a fixture at the schools, allowing students to stop into his office and have lunch with him if they need advice or call him on his cell phone. His office is adorned with drawings, pictures and stickers showing the students’ gratitude for his involvement in their lives.

Powers started as a school resource officer part-time at the middle school, spending the other half walking the beat on patrol. When the full-time opening came up, he said he would try it for a year and found it to be a good fit. When he was offered a position at Hopkinton High School, he insisted that he be involved in all the other schools as well to foster and maintain connections.

“Doing this job, the kids knew me from school to school,” he said. “Some of the kids who are in college now I met in kindergarten. You build relationships with these kids.”

Because of these relationships, a culture of trust emerged between the youth and the police.

“It’s come a long way, and it’s still a really great program,” Powers said. “I see a lot of schools now trying to get away from school resource officers. But I saw the police becoming friendlier to the kids, and the kids felt comfortable talking to them.”

His job entails activities such as going on field trips, including accompanying students to New York City and Washington. He watches over them at proms and other events in addition to being available for help during and after school. He even monitored the proms that his son and daughter attended, “but I gave them their space.”

“It sounds like a lot of fun,” he said. “But it is really about building relationships. If somebody has a problem, I make myself available 24/7.”

He is known as “Officer Phil,” or “OP” for short. He wears casual clothes rather than a uniform to make himself more approachable. His chief put “OP” on the side of his car.

“Officer Powers was actually my field training officer back in the day,” Bennett said. “Throughout my entire career I continue to learn from him and still do. He’s been an invaluable asset to the department, an incredible member of the community, and his full-time presence will certainly be missed.”

Powers participates in a “Ride to school with Officer Phil” for charity, as well as organizing other fundraisers.

“These are the small things that you can do to make a difference,” he said. “And the kids remember that.”

At one point, Powers saved the life of a former student because of the trust he inspired.

“A former student came through the lobby with a baseball bat and a chain, and he was smoking a cigarette,” Powers said. “He broke a window in the library and headed up to the roof. I wasn’t in uniform, so I went up there because I looked more casual.”

The individual had cut himself and was bleeding, so Powers brought a first-aid kit to attend to the wound.

“He was planning on jumping off the roof and committing suicide,” Powers said. “I motioned to another officer to let him know what I was doing. I grabbed his wrist and was able to subdue him. We were able to get him to the hospital safely to get treatment.”

There have been other hard moments as well, such as students who died from car accidents and cancer. He also alerts the schools if a domestic incident occurs at home so the school will be prepared for a student in crisis.

“A big part of my job is to comfort the kids and be a shoulder to lean on,” Powers said. “I don’t want to wait in the office for a problem to come in; I want to prevent it.”

Dealing with mental health issues is a component of the job as well.

“Sometimes I feel more like Dr. Phil than Officer Phil,” he said. “I talked to the kids when they did something that wasn’t smart to find out why and help them.”

As part of the school’s diversion program, Powers counsels students who have committed minor infractions so that they don’t end up with permanent records.

“We work with the DA’s office and set up a contract,” he explained. “It gives the kids another chance to go on. But they can only do that once.”

Another hat he wears is as a prosecutor for juvenile court. He works with students on how to present themselves and speak to the judge so they won’t get charged with a crime if it is a minor incident.

“It’s complicated because I have to prosecute these kids and also represent them,” Powers said. “When they get in trouble, they have no problem calling me for advice.”

During the pandemic, Powers wanted to maintain his presence in the students’ lives, so he organized more than 200 police drive-by parades in front of students’ homes.

“It was a way to make the kids smile during this awful time,” he said.

Powers also was an organizer of the annual fishing derby and cookout held in May, with the some of the money raised going to fund a Christmas dinner for elders. And he has participated in the police’s annual Special Olympics basketball game each March.

One thing Powers is grateful for is the support he has received from the town, particularly during this challenging time.

“I get thanked all the time for the work that I do by the parents and the kids,” he said. “I do think the program has helped in a number of ways. Now I see officers going to kids’ lemonade stands to support them.”

He gave one piece of advice that applies to everyone.

“You have to give respect to get respect,” Powers said. “We all make mistakes, so treat people the way you would treat your family.”

He said he had “thousands of people to thank,” including his fellow officers, the students and the school staff.

The only regret he has is not getting a college degree. He went into the Air Force five days after his high school graduation.

One thing he is proud of outside of his school role is that his son, Philip Jr., followed in his footsteps and became a police officer, in Walpole.

The only reason Powers said he is leaving is because he is turning 65 in January, and officers must retire by the end of their 65th birthday month. Officer Matthew Santoro, the school resource officer at the middle school, will assume Powers’ position.

“I am glad to do this all these years because it’s a rewarding job, and I would continue this job if I could,” Powers said. “I hope that I’ve done something positive with the kids. But it’s time for some new blood in here and newer ideas. I feel good with me leaving and Matt being here.” 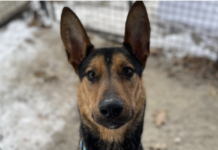 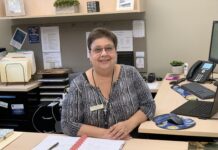 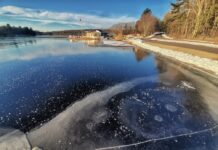 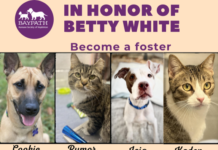