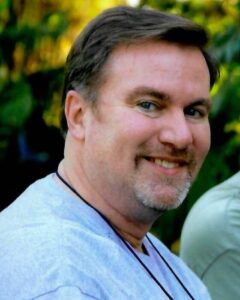 Paul F. Guimond, 57, of Hopkinton passed away on May 12 doing one of the many things he loved to do: watching a tennis match on the tube. Paul’s lifelong love of sports was matched only by his love for family and friends. They were, in fact, his lifeblood. And there were so many, as witnessed by the power surge from the postings on his Facebook page. Of course, his best friend was his mother, Peg. He was so happy he was able to dance with her at his wedding to Craig Certner in 2009. Paul’s pride and joy, as he let everyone know, were his nephew, Evan, and his niece, Ella. A close second to family and friends was his love for his pets — and God knows there were too many — Paco, Truman, Jackson, Harry, Abby, Odin, Bitsy, Ollie — you get the idea. Paul, or “Munch,” as he was affectionately called by Craig, loved to travel the world. Europe, Africa, California; didn’t matter as long as he and Craig and friends were together.

Paul was born in Norwalk, Connecticut, on Oct. 3, 1963, and grew up in Holyoke, where he was a valedictorian for the Holyoke High School class of 1981. He sowed his oats in Denver, San Francisco and Boston. Paul spent many years working in the hospitality, tech and financial industries before joining Dana-Farber Cancer Institute, where he had served as a grants manager for the past 11 years. And he was a damn good one.

His parents, the late Philip Leo and Margaret Mary Guimond, née Dean, loved him dearly. In fact, his brothers, the late Philip Edward and John of Old Saybrook, Connecticut, along with his sister-in-law, Ann Whitall, would say he was definitely the favorite.

All who knew Paul are encouraged to say goodbye at John Everett & Sons Funeral Home, 4 Park Street, Natick Common, on Friday, May 21. Visiting hours are from 4-7 p.m. There will be a celebration of life to share memories of Paul on Saturday, May 22, from 2-4 p.m. at The Gardens at Elm Bank, 900 Washington St., Wellesley. In lieu of flowers, donations in memory of Paul may be made to Buddy Dog Humane Society, 151 Boston Post Road, Sudbury, MA 01776 or buddydoghs.com.