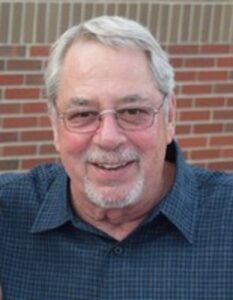 Paul Anthony Sweeney of Ledyard, Connecticut, passed away on Feb. 12 with his wife, Claudia, and daughter, Christine, at his side.

Paul was born in Newport, Rhode Island, on May 1, 1943, to parents Ivan Francis Sweeney and Dorothy May (Silva) Sweeney. He leaves, as a hero, to Claudia (Druken), his wife of 54 years, his beloved daughter, Christine Sweeney Tourigny (Marty), absolutely awesome grandchildren Timothy, Casey, and Lily Tourigny of Hopkinton, loving sister Gale Sweeney Ernest, and nephews Douglas and Brian Ernest of Middletown, Rhode Island.

Paul graduated from Rogers High School in Newport, Rhode Island, Class of 1961, and then attended East Coast Aero-Tech in Lexington. He enlisted in the United States Army in 1965, serving in the 178th Assault Support Helicopter Company in Vietnam as crew chief on Chinook and Huey helicopters. He was honorably discharged in 1967 and remained a proud veteran. He began employment at Quonset Point Naval Air Station as a mechanic and plane captain in the helicopter flight test shop. He then transferred to supervisor of shipbuilding, Nuclear Division, Department of the Navy in Groton, Connecticut, as a quality assurance specialist and supervisor, receiving numerous performance awards throughout his distinguished career. He retired in 1999 after 33 years of dedicated and exemplary service to the United States government.

During his years in Ledyard, he spent countless hours on baseball and football fields as a coach for the Ledyard Boys League and the Ledyard High School freshman football team. He was a mentor and role model to the youth of Ledyard for over a decade.

After retirement, he returned to his love of the sea, making lifelong friends (Bob, Keith) at Seaport Yacht Sales in Mystic, Connecticut, and becoming a certified marine surveyor. He cherished spending time on his boat, the “Hey, Bean” at Gales Ferry Marina with best buds Wayno, Eddie, Chuck and Hoopie. He made precious memories in Florida for many years with his grandchildren, always game for playing in the pool and holding them tight on Disney rides and waterslides. He loved his many trips to Newfoundland, Canada, with Claudia, laughing and reminiscing with relatives. And he never missed his memorable yearly trips to Dover Speedway with Chuck, Ed and special cousin Bob.

Paul will be remembered for so many things, but especially for his quick wit, kind nature, and rock-solid dependability. He could fix just about anything, and if he couldn’t, he would “MacGyver it” to make it work. Paul was a truly remarkable man who was always there for friends and family. He was kind to the core and will be missed by so many.

Paul’s extended family will reunite this spring in Newport to celebrate his life. Mystic Funeral Home in Connecticut is handling arrangements. In lieu of flowers, please consider a donation to the American Cancer Society or a charity of your choice.

There are good ships,

And there are wood ships,

The ships that sail the sea.

But the best ships are friendships

And may they always be.

← Letter to the Editor: Some anti-mask arguments tough to digest June Shanabrook, 88 →