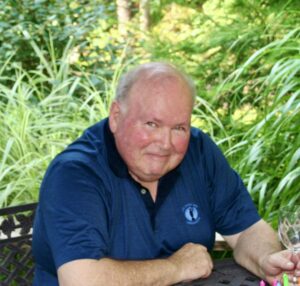 Richard Alan (Dick) Perkins, 80, of Yarmouth Port passed away peacefully on Dec. 2 in Brewster with family at his side. He was predeceased in May by his beloved wife, Phyllis M. Perkins, with whom he shared 47 wonderful years of marriage.

Dick was born in Newton to Frederick A. Perkins Jr. and C. Evelynne Sorensen Perkins on Sept. 5, 1941. He attended Newton North High School and graduated in 1959. He went on to earn an MBA from Suffolk University.

Dick began his career in the stockroom at Algonquin Gas in Boston. From there he rose through the ranks, even testifying before Congress. He worked in the natural gas industry his entire career and retired as president of Algonquin Gas Transmission Company. After retiring, Dick was on the board of directors of Colonial Gas.

Dick cherished Phyllis, his wife of 47 years. They were truly best friends. There is nothing he wouldn’t do for her and she for him. He loved taking the family on wonderful vacations. It was always Dick who would put others before himself.

Dick also had a passion for golf. He even turned Phyllis into a fan. It’s amazing how many different golf courses Dick played in the United States, Scotland and Ireland. On several occasions he took family members out to Pebble Beach in California to play and share in his passion.

Those who had the honor of getting to know Dick knew what a great man he was. He was kind, passionate, caring and generous to a fault. He was subtle in giving direction and advice. He was intelligent beyond words, and you wouldn’t want to go up against him playing Jeopardy.

Dick will truly be missed by all who had the pleasure of knowing him. He and his lovely wife Phyllis are now together again.

A celebration of Dick and Phyllis’ lives will be held at Chapman Funeral Home, 3778 Falmouth Road, Marstons Mills, on Monday, Dec. 13, from 11 a.m.-1 p.m., followed by a private service.