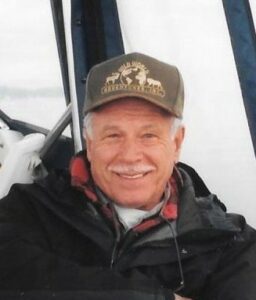 Robert Frank Petracca died Dec. 19 at the age of 83. He was born Oct. 30, 1936, in Milford, the son of Anthony Ralph Petracca and Marie DeLuzio Petracca. He graduated from Hopkinton High School, attended Newman Prep School in Boston and graduated from the University of Florida Forest Ranger School.

He loved traveling with his family and enjoyed many wonderful experiences touring North America, Canada and various European and Mediterranean countries. He was a true outdoorsman from a boy; the forests, fields, mountains and streams were his passion. He loved the sport of hunting and fishing and he never ceased to tire of nature’s beauty and all it had to offer.

In addition to his wife, he is survived by his devoted daughter and the pride and joy of his life, Susan Petracca Murtagh, her husband, Dan, his wonderful, loving and caring sister, Mrs. Terri Moschilli, numerous nieces and nephews, great-niece Joanna Villeponteaux and great-nephew Jackson Villeponteaux. He was preceded in death by brothers John M. Petracca and Anthony R. Petracca.

Memorials may be made to the American Cancer Society Donation Center, P.O. Box 22718, Oklahoma City, Oklahoma. 73123 or cancer.org.