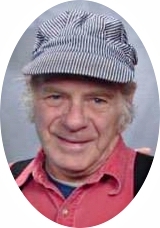 Roger J. Butler, 73, of Douglas died Dec. 19 at home surrounded his loving family. He was predeceased by his adored wife of 49 years, Robin J. (Furno) Butler, on Nov. 20, 2019.
He is survived by a daughter, Jacqueline “Jacki” Vilandre and her husband, Vance, of Johnson City, Tennessee; three grandchildren, Joey, Sophie and Ronan; a brother, Rhett Butler and his wife, Mary, of Canisteo, New York; many in-laws and many nephews and nieces, including Ashley Tuttle and her family, with whom he lived and were his primary caregivers.

Born in Otsego, New York, on Oct. 31, 1946, he was the son of Donald Butler and Mildred (Stansbury) Rejko and grew up in Millbury, graduating from Millbury High School. Roger worked for many years as a welder/fabricator for E.J. Murphy Co. in Hopkinton, building fire engines, until his retirement in 2008. Roger loved fishing and having fish tanks and aquariums in his home. He was an animal lover, especially dogs, an avid NASCAR fan, and a fan of bluegrass music. He served in the U.S. Navy during the Vietnam era, serving in Naples, Italy, Newport, Rhode Island, and Puerto Rico.
According to Roger’s wishes he will be cremated. A celebration of his life and burial will take place on a date in the spring to be announced later. In lieu of flowers, donations in Roger’s memory may be made to the Bosler Humane Society, P.O. Box 12, Baldwinville, MA 01436 or to Dog Orphans, 90 Webster St., Douglas MA 01516. To leave a condolence message for his family, visit Jackmanfuneralhomes.com.