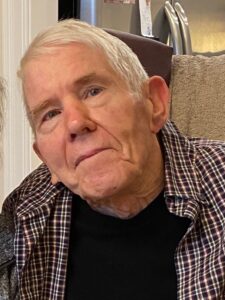 Russell Dean Grant, a 30-year resident of Hopkinton and six-year resident of Franklin, passed away on Christmas Eve morning after a long battle with progressive supranuclear palsy. He was 75. He lived with grace, day after day, even though it was a losing battle. The neurodegenerative disease ravaged him physically, but it never touched his courage, his faith in a loving God, and his love for his family.

He leaves his wife of 52 years, Linda Johnson Grant, son Steve and wife Rachel, daughter Allison and husband Matt Lugar, and son Justin and wife Lisa. His seven grandchildren — Brynn, Hayden, Savanna and Evelyn Lugar and Isaac, Will and Ellie Grant — brought him joy. He also leaves his mother, Goldie Grant, of Windom, Minnesota, and a brother, Charles Grant of Jeffers, Minnesota. He was preceded in death by his father, Arlon Grant, sisters, Joanne Kerr, Joyce Swanson and Beverly Nyflot, and a brother, Richard Grant.

His career was in information technology, and after moving from Minnesota to Massachusetts in 1985, he held positions with Honeywell, Banyan, the Massachusetts Turnpike and Mass. Highway as well as the Division of Insurance for the Commonwealth of Massachusetts. In 2003, he took early retirement as director of management information systems at the Insurance Division and then spent 20-plus years as owner of Advantage Cleaning Company, with customers in Boston and New York City. He was generous with his time and willing to share his knowledge with you. He always enjoyed a day sailing with friends, a game of sudoku, and ice cream anytime. He was active at the First Congregational Church of Hopkinton (now Faith Community Church) and was former chairman of the Stewardship Committee and Church Board. His faith was important to him, and he lived a life of unwavering trust in God’s plan for his life. “Well done, good and faithful servant.”

Services are pending at this time, with hopes of a mid-January memorial service. Arrangements are under the care of the Chesmore Funeral Home of Hopkinton. In lieu of flowers, donations may be made to Faith Community Church, 146 East Main Street, Hopkinton, MA 01748. 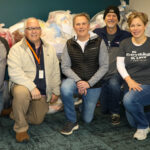