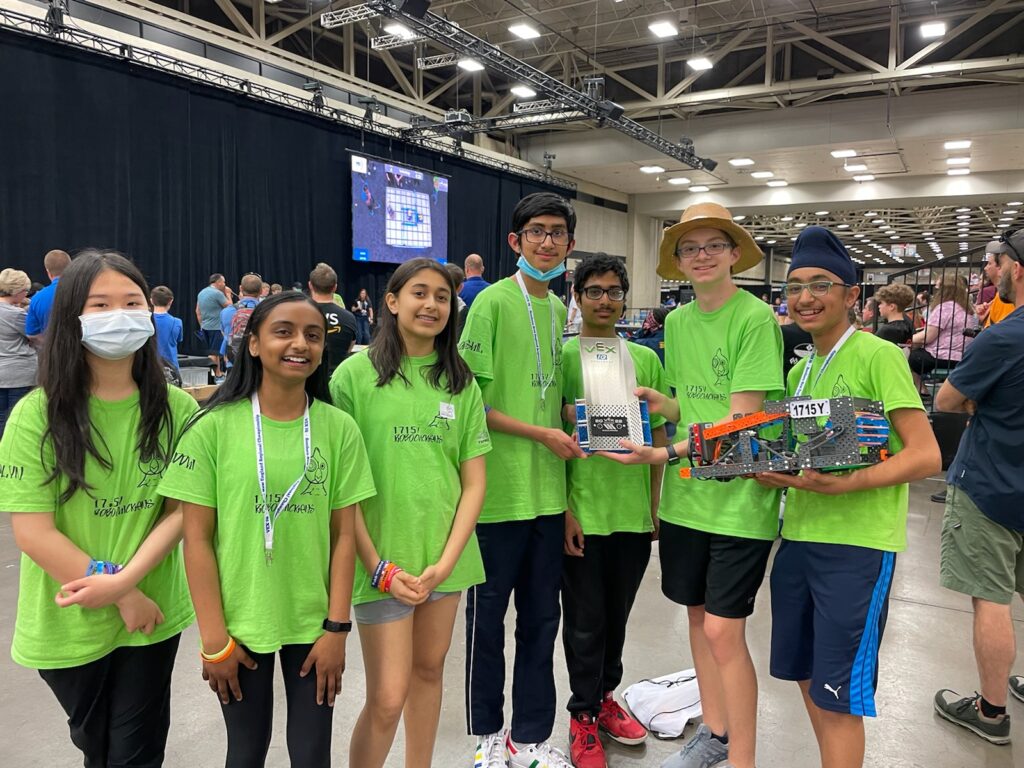 The Hopkinton Middle School RoboHillers also fared well at the VEX Worlds. “This was our strongest showing at VEX Worlds to date,” noted coach Pat Allen.

Team 1715B (Abhishek Sakthi Kannan, Agam Bhatia, Anish Sai Kisari, Divit Vallandas, Nabhit Srivistava, Pushkar Reddy Potli, Rudra Pachori, Shrivas Kumar) made it to the division finals and won a World STEM Research Project Award for biomimicry in engineering — one of 15 such awards that are handed out worldwide.

Alison Fujiyoshi was named to the dean’s list for the spring semester at Nazareth College in Rochester, New York.

Zachary Levy was named to the dean’s list for the winter term at Southern New Hampshire University. …

Caroline Carrazza was among 561 students to process at Stonehill College’s 71st commencement on May 22. …

Abi Brown was part of Lasell University’s annual fashion production, called Runway, held May 6-7. She served as one of the video editing leaders and a member of the scene support team.