State trooper, police dog on mend after accident on I-495 in Hopkinton 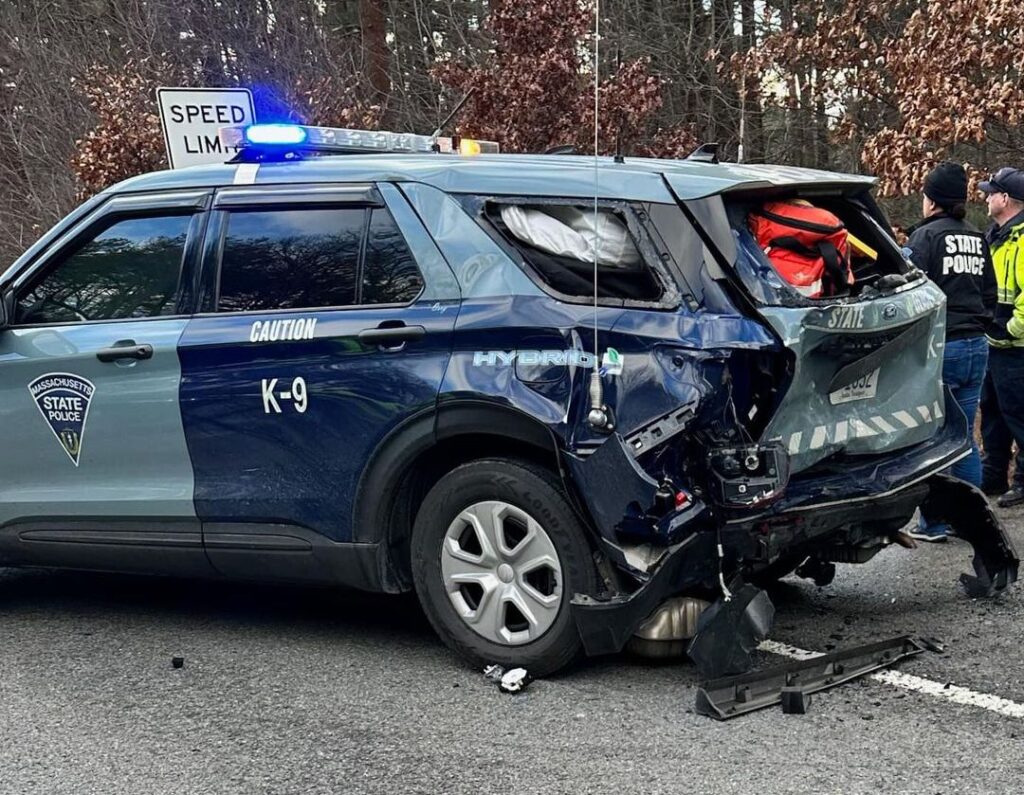 First responders examine the scene where a State Police cruiser was struck on I-495 in Hopkinton. PHOTO/STATE POLICE ASSOCIATION OF MASSACHUSETTS

A Massachusetts State Trooper and a police dog are recovering after an accident on Interstate 495 in Hopkinton on Monday.

The trooper, Ken Hanchett, and his K-9 companion, Orry, were inside their cruiser on the side of I-495 south while working a construction detail when they were struck by a vehicle driven by an 81-year-old man from Connecticut, according to State Police media releases. The trooper was rushed by ambulance to UMass Medical Center with serious but non-life-threatening injuries. The dog was taken to Foster Hospital for Animals at the Tufts University campus in Grafton.

Hanchett and Orry were released from care Tuesday.

“it is unbelievable and frankly unacceptable the number of avoidable cruiser strikes our members endure every year,” stated State Police Association President Patrick McNamara. “We continue to call on the public to slow down and move over and we look to the legislature to improve the current move over laws to hold drivers accountable when they injure our members. The message today is simple, SLOW DOWN AND MOVE OVER, enough is enough.”