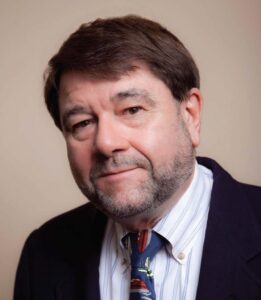 Professor emeritus Stephen D Casler, formerly of Hopkinton, passed away April 22 at Hope Hospice, Bonita Springs, Florida. He was born in Boston, Aug. 27, 1951, to Barbara Casler Coyne and Howard F. Casler. He was predeceased by his father, Howard F. Casler of Boston, his sister, Pamela Casler Curley of  Holliston, and his stepfather, Paul H. Coyne of Bonita Springs.

Steve graduated from Hopkinton High School in 1969, served four years in the Navy, received a B.A. in economics from the University of Massachusetts-Amherst in 1977, received an M.S. in economics at the University of Illinois-Urbana in 1980, and earned a Ph.D. in economics from the University of Illinois-Urbana in 1983. He spent 33 years teaching in the Economics Department at Allegheny College in Meadville, Pennsylvania, and he served as department chair from 2003-11. Steve was recognized as an excellent teacher. He received the college-wide Julian Ross award in 2002 and was recognized in the 2014 Greek Awards as Professor of the Year. He also was a productive researcher, with 26 published articles and a number of research reports for groups such as the U.S. Department of Energy and the U.S. Congress, Office of Technology Assessment. In 2013, he received the Sir Richard Stone Award from the International Input-Output Association for the best paper appearing in the journal Economics Systems Research in the previous two years. He also wrote two textbooks, “Introduction to Economics” and “Macroeconomics: Model Building, Applications and Policy.”

A memorial service and internment will be held at a later date at Lake Grove Cemetery, Holliston. Arrangements are under the care of the Chesmore Funeral Home.