Michael Sullivan, head of the Psychology Department at Hopkinton High School, has had a remarkable career over the past four decades.

He is a nationally recognized expert in teaching psychology and wrote the textbook from which he taught his AP Psychology class at HHS. Yet he nearly gave up on teaching after being laid off three times during the economic downturn in the 1980s.

“For about 30 years, I have been teaching psychology,” said Sullivan, who is retiring this summer. “But for the first 10 years, I taught history. I had majored in history at UMass-Amherst. I got laid off at three different places during my career. By the third one, I was thinking this might be a message from the universe.”

After teaching students with mental challenges, he decided to pursue a master’s degree in critical thinking at UMass-Boston. This is where he discovered his passion for psychology and developed a yearning to teach it.

He fell into his first experience teaching psychology when he was hired by the Hudson Public Schools. 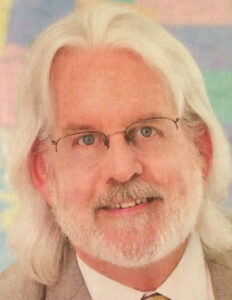 “I was hired to teach history,” he said. “I was there for two days when I was told that the psychology teacher didn’t like it and was asked if I would switch. I went there, and it really took off. The next year, they offered AP Psychology, which was right when the course just started to be offered in the early 1990s.”

The experience that crystallized his passion for teaching this subject occurred the summer before he taught the AP course while at a summer institute at Texas A&M.

“That made me a better teacher right off,” Sullivan said. “But I made connections there from all over the country. What really moved me was meeting teachers who were passionate.”

He added that he has encountered this same spirit in Hopkinton.

Another reason he decided to pursue teaching is his second-grade teacher, Ms. Porter, who befriended him when he was new to the school in Holliston. On the day he started, his lunchbox flew open, and he was embarrassed. But her compassion showed him how a quality teacher can impact a child’s life forever.

“I don’t specifically remember what I learned,” Sullivan said. “But I will always remember how she made me feel about learning.”

He approached his career with the same mindset, teaching in Sharon for several years and then Hopkinton for 18 years. An excitement to share knowledge and a desire to make everyone feel comfortable and engaged fueled his drive.

Sullivan recently received two letters from students he taught two decades ago, one of whom is pursuing a career in psychology. He keeps a box of thank you letters he has collected over the years.

“I would never trade those notes for any amount of money,” he said.

His courses, including his Time to Think class, are two of the most popular offered at the high school.

“Time to Think combines psychology, philosophy and rhetoric,” he explained. The question with which he began and ended the year got students to think critically about whether they would rather be a murderer or be murdered.

“Most of the students said they would rather be murdered,” Sullivan said. “There was one who said she would rather be the murderer, and she presented a really well thought-out argument. By the end, she decided that she would probably not be able to live with herself if she killed someone.”

Sullivan noted that the generation he teaches often gets a bad rap for being unmotivated.

“You think you would get bored after teaching this for so long,” he said. “But every day, the kids come up with answers I never heard before. I have said to a lot of parents that I wish you could be a fly on the wall, because you would be impressed with how thoughtful they are. The depth of their character comes through.”

He added that his students were very adaptable in the way they simultaneously have faced the challenges of learning during the pandemic and dealt with racial and social unrest.

Sullivan gave this advice for aspiring teachers that he gained through his experience.

While teaching often is considered a thankless job because of the low pay and stress, Sullivan said he relished it because he always discovered something.

“I’m still a curious kid,” Sullivan said. “I’m just old. I love to learn, and I learn by watching them.”

While Sullivan said he will miss the classroom, he is looking forward to reading and not having to wake up at 5 a.m. He also plans to write and play the guitar.

He had a message for his students as well.

“I wish for you that you have work that moves you, that you can feel immersed in,” Sullivan said.