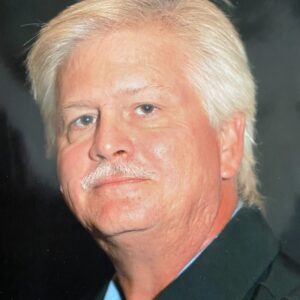 Thomas Harris Astore, 60, of Hopkinton passed away unexpectedly at his home on Dec. 3. Born in Astoria, Queens, New York, he was the son of Ann Astore of Long Island, New York, and the late Anthony Astore.

As he would say, he was married to his lovely wife Tina for 17 years. His sons Henry and Liam of Vermont were the most precious people in his life. He also leaves behind his sister, Stephanie VanEckhart and her children, Sarah and Jake; his brother, Richard and wife Corinne and their children, Andy and Mary; his stepson, Jeremy MacLeod and wife Cynthia and their children, Madison and Brendan; and several cousins, nieces and nephews.

A Hopkinton resident for the past three years, Thomas formerly lived in Newton and South Burlington, Vermont. He received a B.A. from Hofstra University and a law degree from Fordham Law School, then became a CPA and practiced as a tax accountant, most recently as tax partner at Rodman & Rodman. He achieved his goal of becoming a bogie golfer this summer and anticipated playing 4-under next year. Based on his diligence in practice, that most likely would have happened. He also was meticulous in playing with clean balls and would wash a batch in the kitchen sink, scrub with the vegetable brush and dry with a white dish towel. He woke up singing and never stopped all day, usually the same song for a week. Tom was a caregiver for his mother-in-law, whom he called Mother Duff. His strong hands enabled her to get up steps and move about. He loved her dearly. He subtly and often not so subtly would instigate family discussions that he knew could get contentious, while he sat on the sidelines and chuckled.

Tom was a lifelong learner of both the mundane and the complicated facets of our lives, always inquisitive and open to new experiences. He had in-depth knowledge of history, religion, politics, movies and literature. Retiring early enabled him to realize a lifelong dream of becoming involved in community theater as an actor and playwright. He also took the time to become more reflective with life in general, which was reflected in his writing. When the play he was rehearsing was canceled due to the coronavirus, he was asked to write scenes for two local theater groups. Three of those scenes were performed by local actors on Zoom then posted to YouTube while the other was performed live just prior to Massachusetts closing local theaters.

From there his playwriting blossomed. His play “Friends in Black in White” won first prize in the Millis Theater Group amateur playwriting contest. The play was adapted and produced under the name of “Tommy and Michael” and will be shown in January at the Ashland Community Theatre. Recent roles include: Claudius in “Hamlet” at the Dragonfly Theatre, Magee (lead role) in “Seven Keys to Baldpate” with the Whitinsville Players, Wadsworth the butler (lead role) in “Clue” performed with the Milford Players, Banquo in “Macbeth” with Enter Stage Left at the Hopkinton Center for the Arts, and many more. Tom was a regular, fun and frivolous performer at Friday Nite Live (FNL) Adult Inprov Group at the Milford Performing Arts Center.

Visitation will be held Friday, Dec. 10, from 4-7 p.m. at the Chesmore Funeral Home of Hopkinton, 57 Hayden Rowe Street. Visitation also will take place Saturday, Dec. 11, from 10-11:30 a.m. at the funeral home, followed by a funeral Mass at St. John the Evangelist Church at noon.

In lieu of flowers, donations may be made to Massachusetts Adoption Resource Exchange via mareinc.org or 19 Needham Street, Suite 206, Newton, MA 02461 or to the Milford Performing Arts Center, 150 Main Street, Milford, MA 01747.