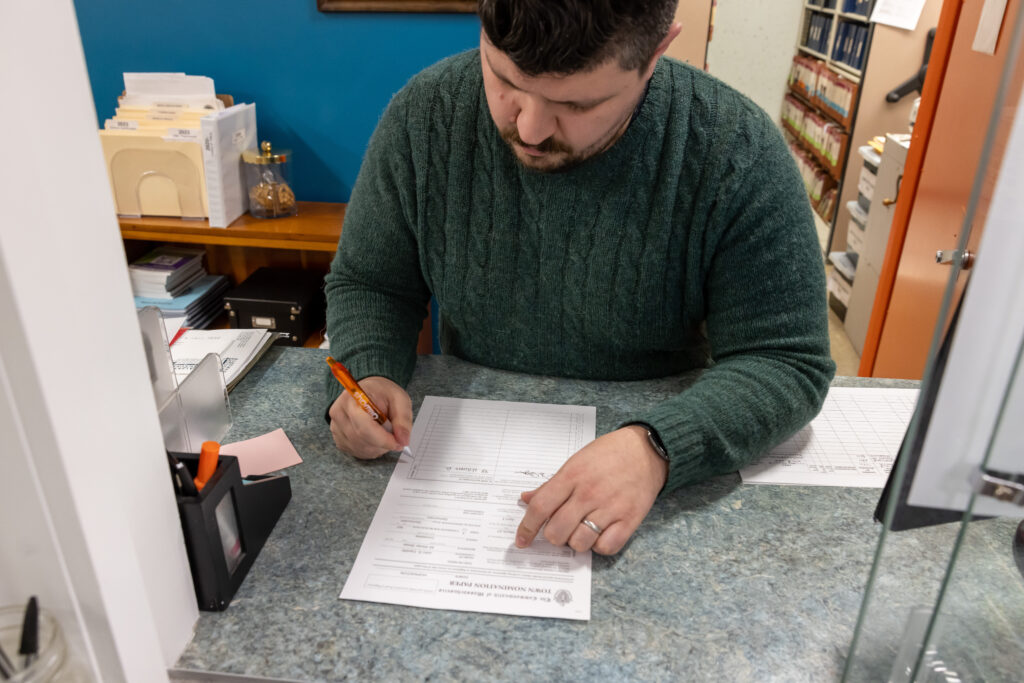 Although the midterm elections may be over, another election season is beginning in Hopkinton. The local election shapes the town’s priorities for the coming years and directly impacts all residents and their families. Those who want to be a part of the decision-making process can run for seats on various boards. Town boards and commissions play a role in many elements of Hopkinton, including the school system, the library, housing and even the summer concert series at the Town Common. Although local elections do not happen until May 15, candidates must start preparing earlier.

Before an individual decides to run for a seat, Town Clerk Connor Degan, who oversees the election process, recommends talking to the chair of the board or committee first.

“They can tell you a whole lot about what kind of things they are doing at that time, and not a lot of other people can really give that kind of insight,” Degan said.

Doing this ensures that a potential candidate knows precisely what the board is in charge of and that their skill set is best suited for that board. Degan also suggests talking to those who have held that position, others who are serving on the board, and other town leaders about a potential candidacy. Candidates also can learn if an incumbent plans to run again.

“I’ve seen people go for it and then realize that there was an incumbent running who had a really strong chance of continuing that seat,” Degan said.

After talking to community members, candidates can go about getting on the ballot in a few different ways. The primary method is through a nomination form that residents pick up from the Town Clerk’s Office. Candidates have to collect at least 50 signatures from registered voters in town by March 27.

“It’s a relatively low bar, so it gives pretty easy access to the ballot, which is always nice,” Degan said.

Degan recalls one resident turning in a form with 52 signatures on the day of the deadline a few years ago.

“Sure enough, three of them were disqualified, and they were at 49 signatures,” Degan said.

Another way residents can get on the ballot is through their political party. Parties can nominate one member for each position.

If residents do not get a spot on the ballot, they still can run as a write-in candidate, where voters write a name on the ballot at the polls.

In addition to talking to voters, candidates can express their ideas through a Meet the Candidates Night hosted by the Hopkinton Women’s Club and share a statement with local media. HCAM also hosts debates between candidates a few weeks before the election.

“Our debates stay pretty civil, fortunately, and it’s mostly just the individuals stating their differences or similarities on different topics based on pre-written questions asked by a moderator,” Degan said.

Degan explained that one crucial part of the campaign that first-time candidates may need to learn about is the financial component and the rules they must follow.

“I think it’s important for people to be aware that it’s there but know that it shouldn’t intimidate you, because there’s a support structure to help you with it,” Degan said.

Those considering running may be worried about the learning curve associated with a seat. Degan’s first campaign for an elected position was for the Housing Authority, and it took him about 6-12 months to thoroughly learn everything involved with the position. The following year, he served as chair of the committee.

“Take that first year to really absorb as much information as you can, and understand that you are not going to get it all right away,” Degan said.

Serving his third term as Hopkinton’s town clerk, Degan has seen many different people — Democrats, Republicans and independents — run and win positions in town, but one characteristic remains consistent.

“What they are doing is purely an attempt to help the community,” said Degan, who welcomes questions at townclerk@hopkintonma.gov. “My heart is warmed when I see the kind of folks that want to get up and the reasons for why they want to run for these offices.”

Anyone interested in seeking to volunteer for elected office in the May 15 Annual Town Election should inquire with the Town Clerk’s Office about the process for obtaining nomination papers and getting on the ballot.

Positions that are available are:

Nominees are required to submit at least 50 signatures of registered voters in town by March 27 unless nominated at a town party caucus.

For more information, call the Town Clerk’s Office at 508-497-9710 or email townclerk@hopkintonma.gov.