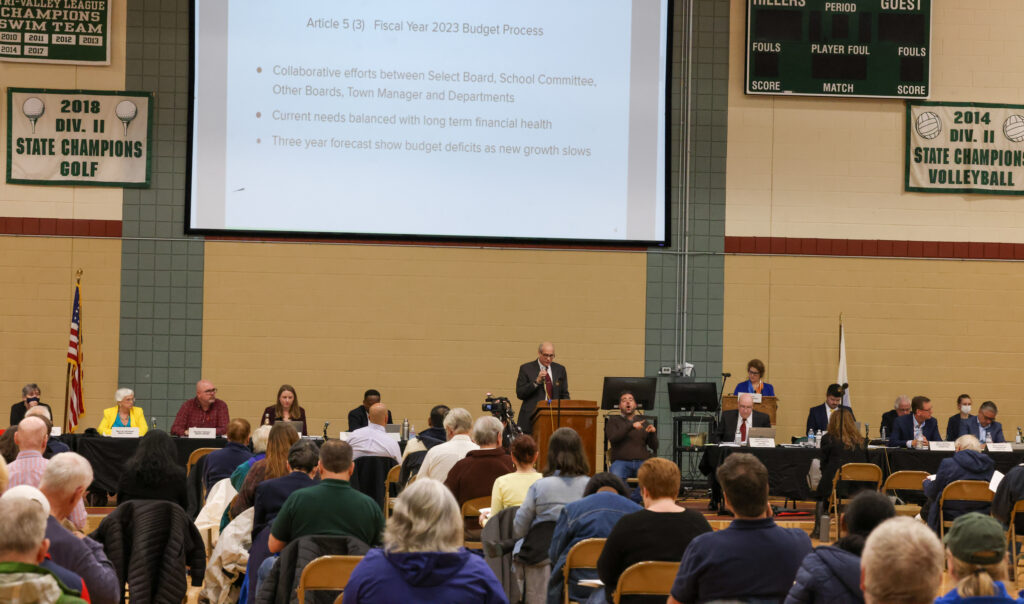 The town’s $104 million budget and other financial articles passed easily at Monday’s Annual Town Meeting at the Hopkinton High School Athletic Center, but the meeting was suspended due to lack of a quorum shortly after 10 p.m., just after debate on Articles 22 and 23, which address potential remedies to the town water supply PFAS problem.

Voters were about to vote on Article 22, which would allocate funds for design work regarding the proposed connection to the Massachusetts Water Resource Authority (MWRA) water supply. A few residents questioned if it was the most efficient plan. Department of Public Works Director John Westerling explained that the town has two options after Well 6 off Fruit Street was found to be in violation of the state’s legally allowed levels of PFAS.

According to Westerling, a preliminary estimate for filtration plants for the town’s eight wells (four on Fruit Street, two by Lake Whitehall and two on Alprilla Farm Road) is $44 million. Construction for the connection to the MWRA pipeline (via Southborough) is estimated at $25 million, although Westerling noted there could be additional costs, including the state’s connection fee — which he said the state is considering waiving for towns like Hopkinton that have PFAS issues. There also would be yearly charges from the MWRA for water usage.

Westerling added that the funding source is not yet known, with likely increases in both water rates and taxes. He said the MWRA option should be cheaper in the short term but more expensive in the long run. However, any costs associated with future issues with PFAS or other chemicals would be shared among the MWRA’s 3.1 million users.

Just before the vote was to be held, a resident called for a quorum check. A count tallied 125 voters, three shy of the minimum needed. After a 15-minute recess, attendance dipped to 120 and the meeting was continued to Tuesday, also at 7 p.m. at the high school.

This marks the second year in a row Town Meeting was stopped midway through due to a quorum issue. Last year’s meeting, held outside on the high school football field due to COVID concerns, was continued after a short recess and the appearance of some additional residents who answered the call for more voters to join. 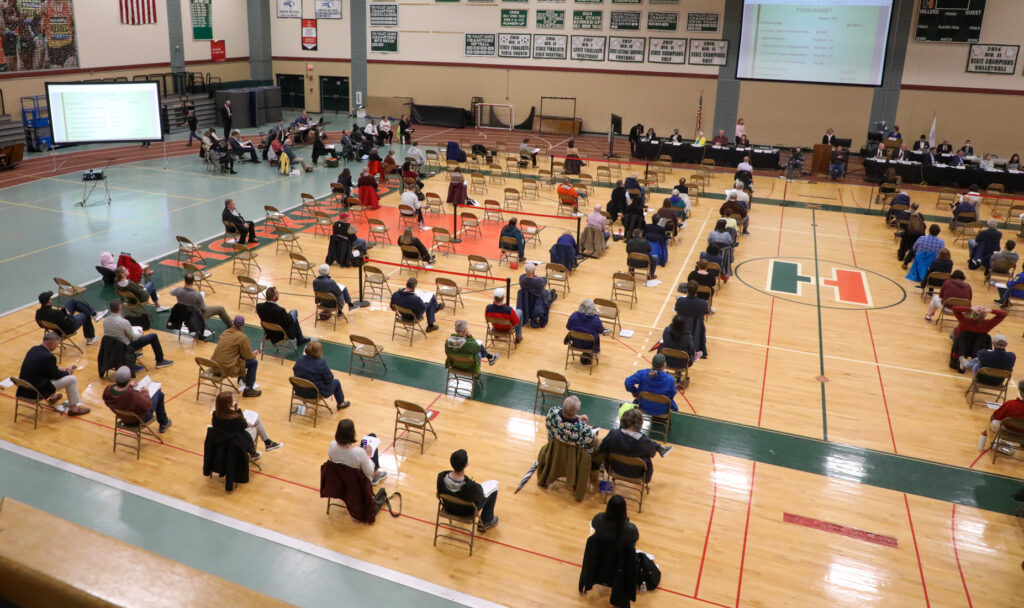 The budget presentation and discussion lasted about an hour before it passed unanimously.

“One of the town’s core financial principals is to budget in a cautious and prudent way, which means taking a pessimistic view of potential revenue coming in, while also trying to make sure that budgets are able to absorb inflationary cost increases, which are especially hard to predict this year, as energy prices have risen and impacted the cost of many goods and services,” Appropriation Committee Chair Mike Manning explained. “Through a combination of cost containment and some good news on estimated revenues, the proposal before today’s Town Meeting, if approved, will deliver a balanced budget, one that sustains fiscal year 2022 service levels across departments, that pays for contractual and other inflationary cost increases, that continues normal capital spending to renew town facilities and equipment, and that provides for targeted increases in schools and community services.”

Manning said some noteworthy challenges for future budgets are likely to include the potential construction of an Elmwood School replacement plus further expansion to current schools. He also said that if new residential development slows as expected, future budget shortfalls are likely due to the tax impact.

Hopkinton Public Schools Superintendent Carol Cavanaugh stressed that the schools kept the budget tight, coming in at $56,616,428, which is a 4.91 percent increase from the past year. She noted that current enrollment stands at 4,071 students, which is slightly more than was projected.

“So you can see that while we are not spending a lot of money on each individual child, we are certainly getting a lot of academic excellence for all of the students who attend the Hopkinton Public Schools,” Cavanaugh said.

Resident Ken Weismantel asked if the budget funds public safety appropriately and if it will allow the town to improve in its retention of police officers.

“Hopkinton is committed to funding public safety,” Town Manager Norman Khumalo answered. “In the budget proposed, public safety funding is going up by approximately 4.3 percent. This increase does not account for projected salary increases that are contained in the compensation contingency. Based on discussions with the police chief, I believe the funding provided for public safety does meet our needs going forward.”

Articles 8, 9 and 10 change the way HCAM is funded and directs the town to allocate $346,947 from free cash to support the cable access channel for the next year, until a new account can be funded via cable franchise fees and other cable-related revenues.

Article 11 deals with rescinding authorized and unissued debt for projects that are no longer necessary or do not require additional funding. Resident Jon Graziano asked why some projects that were approved by Town Meeting voters are not being completed.

Parks & Recreation Commission Chair Dan Terry addressed two of the projects, indicating that a plan to install permanent lighting at the Fruit Street turf fields would have cost far more than anticipated due to infrastructure work, and an indoor athletic facility at Fruit Street was determined to not be feasible.

Following is a list of the articles that were voted on Monday. There are 53 total articles on the warrant. 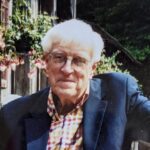 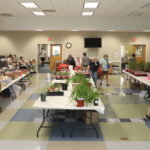 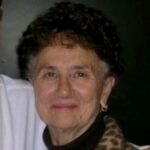 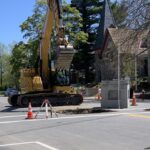