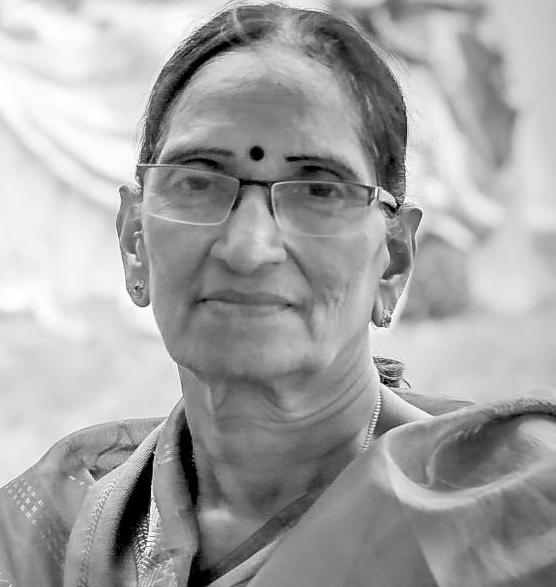 Venkata Satyamani Malladi, 75, passed away Dec. 9 at UMass Memorial Medical Center in Worcester. Born in Andhra Pradesh, India, she was the daughter of the late Nagaratnam and Sreeram Murthy. She was the wife of the late Seshagiri Rao Malladi.

Born into a close-knit family, Satyamani was the third of seven siblings (Subbalakshmi, Suryaprakash Rao, Kameshwari, Adilakshmi, Satyavathi, Satyanarayana). She always had their love and support throughout her life, until the end. Nicknamed Mani, she was a social butterfly and known to be witty with a great sense of humor. All her schooling and college took place in Hyderabad, India. As a kid, she was good at academics and quite an athlete. She also was into chess and card games. She had a baccalaureate degree in science, her specialization being chemistry. Being of a strong personality, she was the first female in the family to take a professional job.

After marriage, she moved to Bangalore and chose to be a housewife. She was very adaptive and good at learning new languages. She loved reading. Her knowledge of current affairs, be it politics, sports or general, was commendable. She was a soap opera and movie buff and also used to follow tennis and cricket tournaments on national television. A few of her favorite players were tennis player Steffi Graf and Indian cricketers Sunil Gavaskar and Ravi Shastri. She also was a religious person. Being a staunch devotee of Shirdi Sai baba, she regularly would go to the temple on Thursdays. Being very sensitive at heart, she always helped those in need and was into charity and social service, too. She also thrived to bring up her children with the same positive values of love and life.

She was a fusion of culture and traditions with a modern-world thinking. She was trendy, smart, respectful, strong-principled, good-humored and at the same time sensitive and humble. There is no end to bringing alive our mother and her qualities through the memories that we will always cherish. A mother (or parent) is always alive in her children through the values and teachings of her, that they carry forward.

Arrangements are being held privately and are under the care of the Chesmore Funeral Home of Hopkinton.