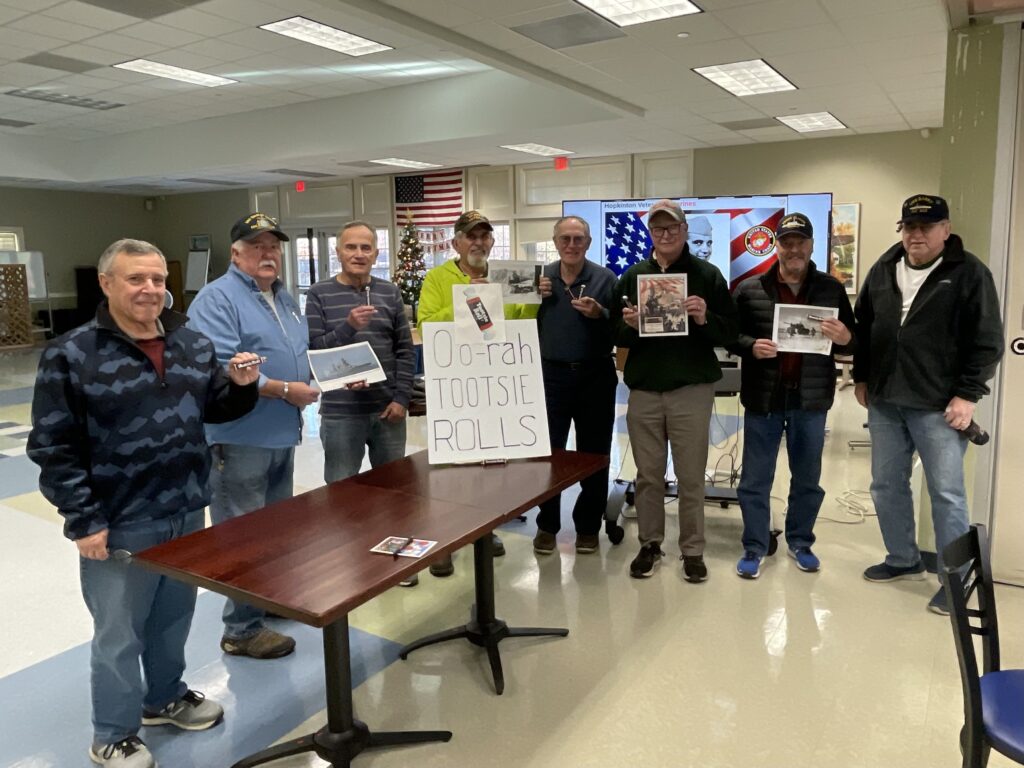 Hopkinton veterans gathered for the Dec. 2 Veterans Breakfast and a lively discussion of past military events that happened in the early December time span. The “Frozen Chosin” was one of the key topics.

Among those who participated in the breakfast and the military history discussion were (pictured from left) Barry Rosenbloom (Army), who is “armed” to enjoy a Tootsie Roll in remembrance of the 1st Marine Division and its battle at the Chosin; Steve Whynot (Navy), holding an image of the Japanese battleship Nagato that was in the carrier force that received word from Tokyo to proceed with the attack on Pearl Harbor; Russ Ellsworth (Navy), preparing to enjoy a Tootsie Roll for the 1st Marine Division; Frank Bozyczko (Marines), showing the site where portable Treadway bridge segments were parachute-dropped and installed over a deep pass to facilitate the breakout from the Chosin; Bill Muench (Navy), standing near the Tootsie Roll poster (with samples made available by the Knights of Columbus); Jim Rose (Air Force), showing a vintage advertisement from the Tootsie Roll Company cheering “When The Boys Come Home”; Jacques LeDuc (Coast Guard) representing the breakout from the Chosin with a tank leading the way; and Bill Hamilton (Navy).

The next Veterans Breakfast is scheduled for Jan. 6.