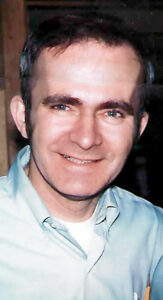 The inimitable Walter Earl (Pa, Dad, Grampa, Uncle Wally) Straight left us to be with his wife Barbara on May 23. He was 89 years old. He was loved by many and left an indelible impression on everyone he met.

Walter’s family moved to Hopkinton from Everett in the late 1940s. He graduated from Hopkinton High in 1949 and lived in town for most of his life, raising his boys there and finding work in the surrounding towns. He had a amazing memory for numbers and had success working as an office manager, accountant, bookkeeper and purchasing agent.

Walter had an insatiable wanderlust. He was most at ease in a moving car and always had to be going somewhere, be it Framingham or New York or California or, “Let’s get in the car and figure it out as we go.” If he wasn’t driving, he was walking, faster than most people could keep up.

What those who knew him will remember most about Walter is that he never really possessed anything. He gave away everything he ever had, including money, to someone he thought could use it. His amazing generosity will not be forgotten.

Walter leaves behind his brother Robert, his sons Stephen Straight, John Straight and Kenneth Little, five grandchildren, six great-grandchildren, and a host of friends and acquaintances who will all have a story or two about this most interesting man.

A goodbye was held for Walter at Evergreen Cemetery in Hopkinton on May 28. In lieu of flowers, a donation can be made to a favorite charity in his name. Or, you can do as Walter would have done: Give something you own to someone who needs it.

Funeral arrangements were entrusted to the Callanan Cronin Funeral Home (callanancronin.com) in Hopkinton.