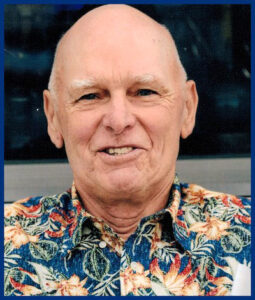 Francis J. Pyne, 80, of Hopkinton passed away Feb. 14 after a period of declining health. Born in Milford, he was the son of the late Lonnie and Mary (Kennedy) Pyne. A graduate of Hopkinton High School, he went on to serve his country honorably with the Army from 1960-66. Upon returning, he met the love of his life, Phyllis Burr from West Virginia, and they were married 57 years. He worked as a truck driver for 15 years and maintenance for 25 years with Eversource in Southborough, as well as serving the town of Hopkinton for over 50 years as a volunteer firefighter.

He had two great sons, the late Michael Pyne, who died in 2016, and Kevin Pyne and his wife, Ellen, of Uxbridge; two special grandchildren, Jacob Pyne and Kelly Pyne, and one brother, Arthur Pyne of Hopkinton.

Funeral services were private. Arrangements were under the care of the Matarese Funeral Home in Ashland (mataresefuneral.com). Donations in his name may be made to the Hopkinton Fire Department, 73 Main St., Hopkinton, MA 01748.