The Hopkinton High School softball team improved to 3-3 with an exciting 9-8 victory over visiting Holliston in eight innings on Monday afternoon, as Kelsea McCoy delivered the winning run via an RBI single.

Hopkinton held an early 5-0 advantage, but Holliston roared battled back to take an 8-6 lead after scoring three times in the top of the seventh.

In the home half of the seventh, with one out, Zoe Adams reached on an error, and pinch-runner Cameron Trendel advanced to second on a passed ball and to third on a single by Emily Jurasek. Charlotte Holden then hit a ball to deep short, scoring Trendel. The throw to second base got away, allowing Jurasek to advance to third. Holden then stole second. Jurasek tried to score on a wild pitch but was tagged out, and Hopkinton was down to its final out. Caroline DeSimone then beat out a grounder to short as the tying run scored.

Pitcher Julianna Ceddia escaped a jam in the top of the eighth, fielding a hard grounder and getting the out at first to end the inning as the potential go-ahead run was heading home.

In the bottom of the eighth, Ceddia reached on an error, and pinch-runner Sarah Pessin stole second. With two outs, McCoy singled up the middle to win it.

Hopkinton had built a 5-0 lead with two runs in the first on RBI hits by Holly Paharik and Ceddia and three runs in the second on an RBI single by Jurasek and a two-run home run by DeSimone.

Holliston, which was undefeated entering the game, scored three times in the top of the fifth and twice in the sixth to tie the score.

In the bottom of the sixth, Paharik hit an RBI single to left for a 6-5 lead. 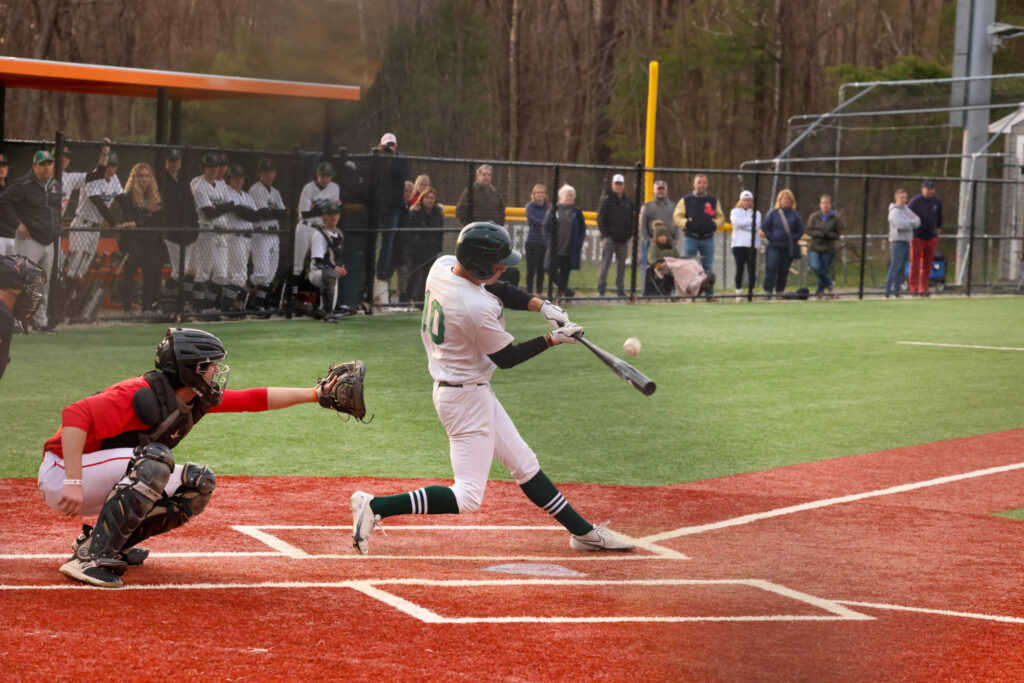 The HHS baseball team improved to 4-2 with Sunday’s 4-0 victory over visiting Holliston.

The Hillers scored three times in the third inning. After loading the bases, HHS scored on an error, a walk to Scott Pagliuca and a sacrifice fly by Andrew Gaughan.

In the sixth, Hopkinton manufactured a run as Joe Scardino walked, advanced to second on a bunt by Jack Interrante, moved to third on an infield single by Joe Carrazza and scored on a sacrifice fly by Nick Paharik.

Right-hander John Wauters pitched five strong innings and Mike Burney tossed the final two frames. The Hillers ended the game when catcher Dylan Locke fetched a wild pitch and dove to make the tag on a Holliston baserunner who was trying to end the shutout.

Prior to the game, Hillers coach Steve Simoes led a ceremony to honor HHS Hall of Famer Fred Murphy, who died Jan. 1 at the age of 77.