With the Hopkinton-Ashland Thanksgiving Day football game not being played for just the second time since the series began in 1923, we take a look back 50 years at the 1970 Hillers, who ended a seven-game losing streak vs. their rivals while playing in a town that looked very different than the one residents see today.

On Wednesday afternoon, for the second time this week, Hopkinton High School principal Evan Bishop emailed families to inform them that a person in the HHS community has tested positive for COVID-19.

When Ronnie Shamus first set eyes on St. John’s Wilson Street Cemetery, it was, as he described it, “in complete disarray.” A year later, the burial ground has been given new life. Shamus’ Eagle Scout project also enabled him to learn about Hopkinton’s direct connection to the Battle of Gettysburg during the Civil War.

Hopkinton-based Project Just Because has taken on new significance this year as the pandemic has left many people out of work and unable to afford necessities. In addition to providing food, clothing, toiletries and other items to residents and other Massachusetts families in need, the South Street charity annually has a holiday drive. This year the organization is aiming for 15,000 gifts to provide to struggling families before the end of the year. (Scroll down toward the bottom of Independent Thoughts for the story.)

Photo of the Day: Russ Phipps remains active at age 99, working at his saw mill next to his home on Winter Street. 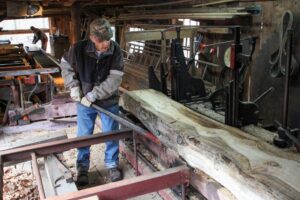