At Tuesday’s Select Board meeting, Bill Miller was unanimously approved to be the town’s next fire chief, pending successful contract negotiations.

The Hopkinton Center for the Arts caps off the summer with three August productions: a comedy musical set in prehistoric times, a children’s production of “Willy Wonka Jr.,” and a one-act play festival offering pies, pints and social activism.

This week’s edition of Senior Snippets includes information on exercises classes — now all in person — as well as programs including presentations on Vladimir Putin and backyard wildlife. 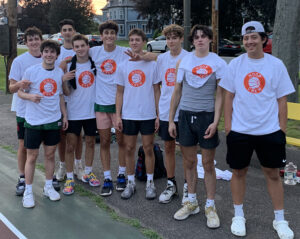