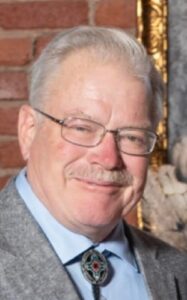 He leaves his adoring wife of 40 years, Lisa (MacGown) Gaucher of Millbury, his son, John Alexander Gaucher and fiancee Jennifer Lynn Nicoll of Jefferson, his twin daughters, Katherine Lee Gaucher of Millbury and Lindsey Gaucher Grant and husband Clark Grant of Kansas City, his sister, Karen (Gaucher) Maguire and husband Mark of Millbury, his brother-in-law, Bruce MacGown and wife Debbie of Surry, Maine, and many beloved cousins, nephews and great-nieces. He was predeceased by his extraordinary parents, John H. Gaucher and Catherine (Stockwell) Gaucher.

J.T. lived in Millbury all his life, leading a stellar civil and environmental engineering career and raising a wonderful family. He graduated from Millbury High School, Class of ’72, where he played saxophone in the band and excelled in track and field. J.T. initially was employed at the Blackstone Wastewater Treatment Plant, and during college he worked at the Amherst Wastewater Treatment Plant. He went on to graduate from the University of Massachusetts at Amherst with a Bachelor of Science in civil engineering and participated in the environmental engineering graduate program at Worcester Polytechnic Institute. He became a water pollution control engineer at multiple engineering firms from 1976-85 before designing improvements to the Deer Island Wastewater Treatment Facilities in 1986. From 1986-90 he worked for many private engineering firms, designing multiple public works, wastewater treatment and highway department facilities for Charlton and Leicester as well as the New Hampshire communities of Nashua and Hooksett.

J.T. and his wife ran a private septic design consulting firm. He was a master civil engineer and excelled at public and client relations, and is renowned among engineering and public works circles across New England.

J.T. also was a true renaissance and family man. He met his wife on a hot summer day in August 1977 and they have been together ever since. J.T. and Lisa just celebrated their 40th wedding anniversary on Nov. 30. He was an avid skier and loved his time on the slopes with friends and family, and enjoyed golfing with business partners. He was a skilled handyman and loved maintaining his family home, cars, lawn and pool. He was a classic rock and roll fan, and a classic film and TV aficionado. He strived to land seats at Patriots, Celtics, Bruins and Red Sox games for his family and friends. He cherished the ocean and visiting the Maine coast with his family, and vacationing in the Caribbean with his wife and friends. He was at home in the outdoors, at the grill, in the pool, on the road, at the office, in his recliner, walking his dogs and most of all enjoying the company of family and loved ones.

J.T. was a complex man who enjoyed the good and simple things in life. He was an honest, bright, articulate, handsome, compassionate gentleman, and your life was better for knowing him. His welcoming presence, calm demeanor, steady hand and kind soul will be sorely missed. Thank you to the wonderful doctors and nurses at CareOne Millbury and Saint Vincent Hospital for their care and compassion during this most difficult time. As J.T. loved his rescued dogs, Sparky and Bailey, memorial donations can be made to the Worcester Animal Rescue League 139 Holden St., Worcester, MA 01606 (worcesterarl.org).

J.T.’s ashes will be interred at Central Cemetery in Millbury alongside his dear mother. Mulhane Home for Funerals is handling arrangements. Memorial services will be held at a later date.