Letter to the Editor: Tribute to Joe Pyne 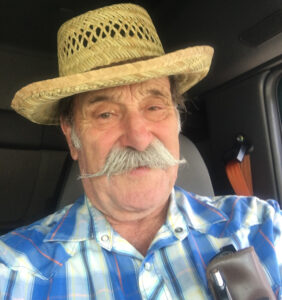 Joe and I were friends for over 70 years. Joe was a couple of years older than me, so we didn’t meet at school. In 1949, my father was the engineer at the water pumping station on Fruit Street, and Joe’s father owned the land across Fruit Street that later would become the Pyne Sand & Stone screening operation. Our fathers were friends and did favors back and forth for each other.

On Saturdays, Joe and I would go to work with my father in the morning and spend the day exploring the woods on his father’s land and have a hot dog cookout for lunch. The Pynes had a TV and we did not, so after work my father would leave us off at the Pynes and we would watch cowboy shows, and I would eat supper there. We did this quite often for a couple of years.

In high school, we played football together and both were in Key Club.

After high school, I did my hitch in the Navy, and after I got out, Joe did his hitching in the Army, so we had no contact for six or seven years.

I became a career firefighter, and Joe drove a truck long haul. We both had something in common, we both had a lot of friends and kept track of them. Several times a year, we would call each other looking for this friend or that one. It was said, if Joe or I didn’t know where someone was, probably no one would. One of Joe’s traits is that when he was on the road, he would pop in on this friend or that one anywhere in the country.

In the last 15 or so years, both of us being in the American Legion, we saw each other most Memorial Days. Since they have been having the Veterans Breakfast once a month, we saw each other quite often. Now, when groups meet often, we all usually sit at the same table all the time — human nature. Joe and I never sat at the same table until a recent breakfast. Joe came over and sat beside me at the table where I usually sit. We talked mostly about the days at the pumping station when we were kids.

Goodbye, my friend, you will be missed.

Editor’s note: The opinions and comments expressed in letters to the editor are those of the writers and not necessarily those of the Independent. Submissions should be no more than 400 words and must include the writer’s name and contact information for verification. Letters should be relevant and not primarily for the purpose of promoting an organization or event. Letters may be edited by the Independent staff for space, errors or clarification, and the Independent offers no guarantee that every letter will be published. For a schedule of deadlines for letters and other submissions for the print edition, click here.