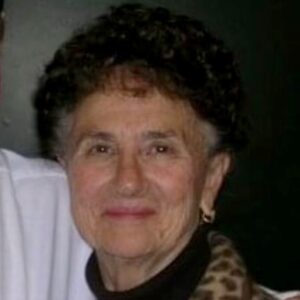 Louise B. MacCarn, 93, passed peacefully into the arms of her Savior on May 16. Born to Richard and Loretta Weindorf in Hewlett, New York, she grew up alongside five siblings on Long Island, where she spent the majority of her life.

Louise graduated from Woodmere High School and went on to marry Neale W. MacCarn, a loving husband and owner of MacCarn’s Auto Body, in 1951. During their 43 years of marriage, they raised two children, Sandra and Kenneth. Louise took great interest in her children’s and grandchildren’s education and herself attended classes in art and English. She earned her private pilot’s license in 1962, and both she and her husband had many friends in the aviation community.

A spunky, loyal supporter of her family, Louise is remembered fondly for her humor and her honest, practical advice. She extended her gift of hospitality to both family and friends, building a reputation as a good cook and a generous hostess. She loved listening to music, painting flowers, wearing snazzy shoes and shopping at her local Talbots, where she was always greeted by name. More recently, she enjoyed her retirement at a family home in the Adirondacks, where she spent her time feeding ducks and sitting by the lake. Nearly every one of the cars she owned during her lifetime was red.

Louise is predeceased by her husband and her son, Kenneth. She is survived by her daughter, Sandra (Mark) Wittman of Hopkinton, her grandchildren, Lydia Wittman and Rachel (Josh) Fisher, her brother, Charles (Linda) Weindorf, her sister, Barbara (Herb) Eicholz, and many nieces and nephews.

A graveside service will be held Thursday, May 26, at 11:30 a.m. in Pinelawn Memorial Park, Farmingdale, New York. Funeral arrangements have been entrusted to the Callanan Cronin Funeral Home, Hopkinton.