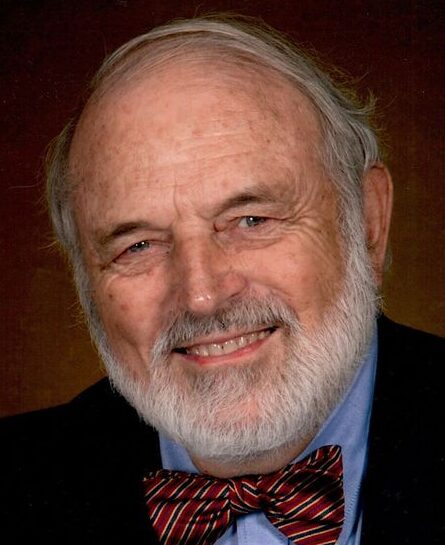 He was born in 1934, the son of the late Louisa Smith Barnard and Roosevelt Goethals Thayer, and later was adopted by Theophilus Stuart Stephens. He also is predeceased by his beloved wife, Barbara Klayf Stephens, and leaves behind their loving daughters, Louisa Bissett (Ethan) and Elizabeth Cox (Bryan), and adoring grandchildren, Ella and Charles Cox, and Zachary Bissett. His later years included his cherished partner of 28 years, Phyllis Brooks. He also is survived by close siblings Maggie Mangold (Steve), Clare Flegg (Tony), Geoff Barnard (Sally) and Suzy Barnard (Michael Singsen), as well as many nieces, nephews, cousins and friends, and his devoted black Labrador, Pierson. He is predeceased by his grandmother, Mary “Rammy” Alger Smith.

Born in Newport, Rhode Island, Nicholas attended boarding school at Northfield Mount Hermon and studied geology at Brown University. He comes from a family with a strong Navy background. So, after graduating, he enlisted in the U.S. Navy, where he progressed from a commissioned ensign to a lieutenant commander, serving aboard the U.S.S. Braine during peacetime. Later, he worked as a human resources manager at Filene’s Department Stores for 40 years. That’s where he met his wife.

Nicholas’ greatest joys in life revolved around his family, whether it was hosting a lakeside barbecue for the Fourth of July or telling stories of his grandchildren’s latest escapades. Always dedicated to helping others, he volunteered with the East Bay Food Pantry and delivered food for Meals on Wheels. He was a passionate gardener — in addition to the many hours he spent working in his own beautiful garden, he volunteered to tend Blithewold Mansion’s gardens (Bristol, Rhode Island) and was a member of the Hopkinton Garden Club and the New England Dahlia Society. Nicholas appreciated art of all kinds and shot large-format black-and-white photographs, which he developed and printed in his basement darkroom. His photographs were exhibited in places such as the Art Association of Newport and the Carl Siembab Gallery in Boston, are part of the Fuller Craft Museum’s permanent collection, and toured the country as part of a two-man show under the banner of the National Endowment for the Arts. He was a member of the former Church of the Holy Spirit in Wayland and Trinity Church in Newport, Rhode Island. As patrons of the arts, Nicholas and Phyllis regularly attended the Boston Symphony Orchestra, Boston Ballet, various plays and Boston Red Sox games, and he was a fan of the New England Patriots. He loved the water, and made sure that he always lived in a house that abutted the water, with a dock and boat.

Family and friends are invited to Nicholas’ memorial service at St. Peter’s Episcopal Church in Weston on what would have been his 89th birthday, Jan. 7, at 10:30 a.m. A private burial will follow at the North Cemetery in Wayland. Services are under the care of Henry J. Burke & Sons Funeral Home, Wellesley. In lieu of flowers, please consider making a donation in his memory to the Massachusetts Horticultural Society or Greater Boston Food Bank.