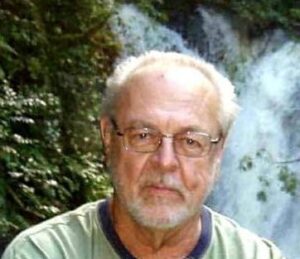 Peter John Burdzel, 76, of Hopkinton passed away March 7 at Brigham and Women’s Hospital in Boston. Born in Augusta, Maine, he was the son of the late Statia (Sliva) and John A. Burdzel. He was the husband of 50 years to Sharon (Shuster) Burdzel of Hopkinton.

Peter was an avid hunter and fisherman. He loved old cars and attending car shows, 1960s music, reading and solving puzzles, and spending time with good friends. But most of all he loved his family, especially his beautiful grandchildren.

Besides his wife, Peter is survived by two sons, Bryan Burdzel and wife Nancy of Upton, and Jeffrey Burdzel and wife Olivia of Richmond, Rhode Island; his siblings, Julie Cybart of Beacon Falls, Connecticut, and Vikki Nault and husband Jerry of Windsor, Maine; grandchildren Alyssa, Cooper and Kayla Burdzel, and grand-dog Dany. He also leaves behind his father-in-law, J. Harold Shuster of Akron, Ohio; and in-laws Brian Shuster of Clinton, Ohio, Tim Shuster (Pam) and Susan Moore (Ron) of Akron, Ohio. He is predeceased by a sister, Barbara Veilleux.

Services are private and are under the care of the Chesmore Funeral Home of Hopkinton. In lieu of flowers, donations can be made to Dana-Farber Cancer Institute or to a charity of one’s choice.