A number of other seniors announced their decisions at a ceremony last fall. 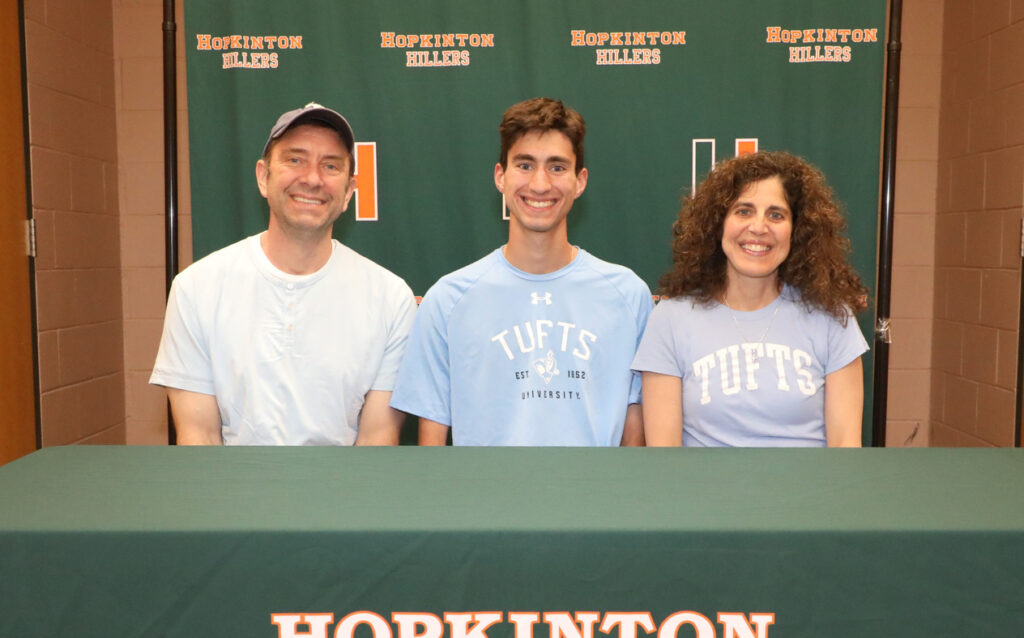 Matt Burdulis, who will run track and cross country at Tufts, is joined by father Mike and mother Sharon. PHOTO/JOHN CARDILLO 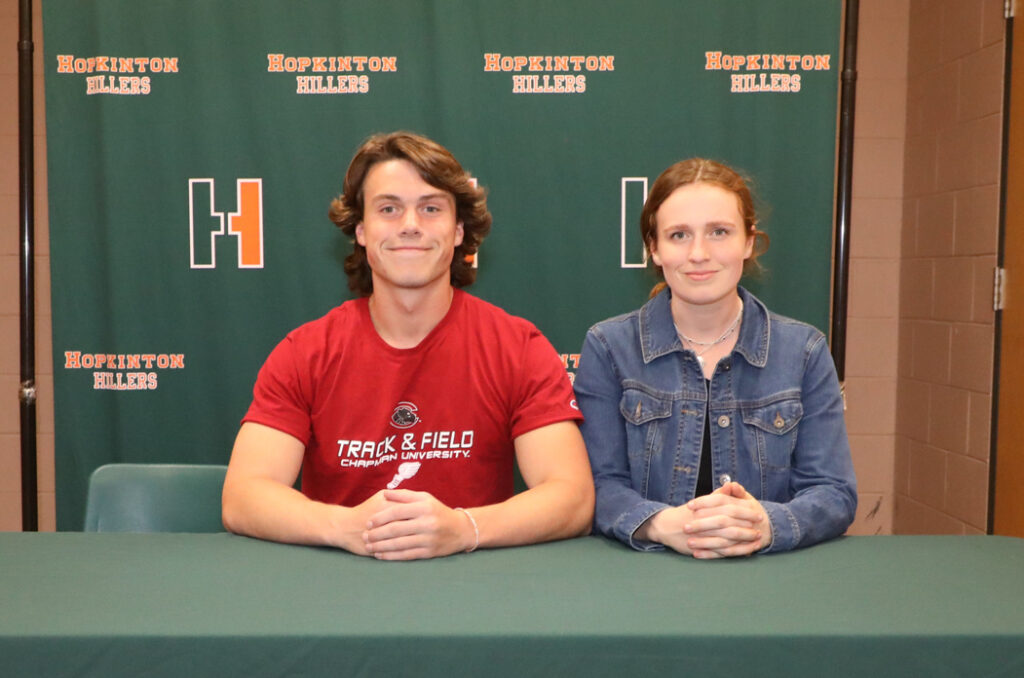 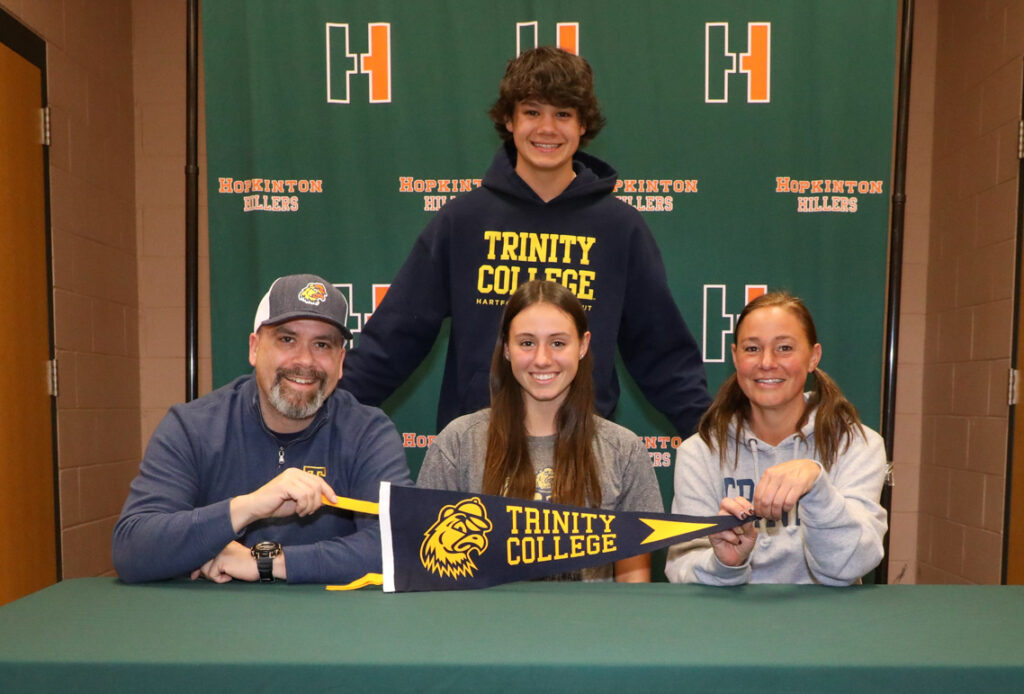 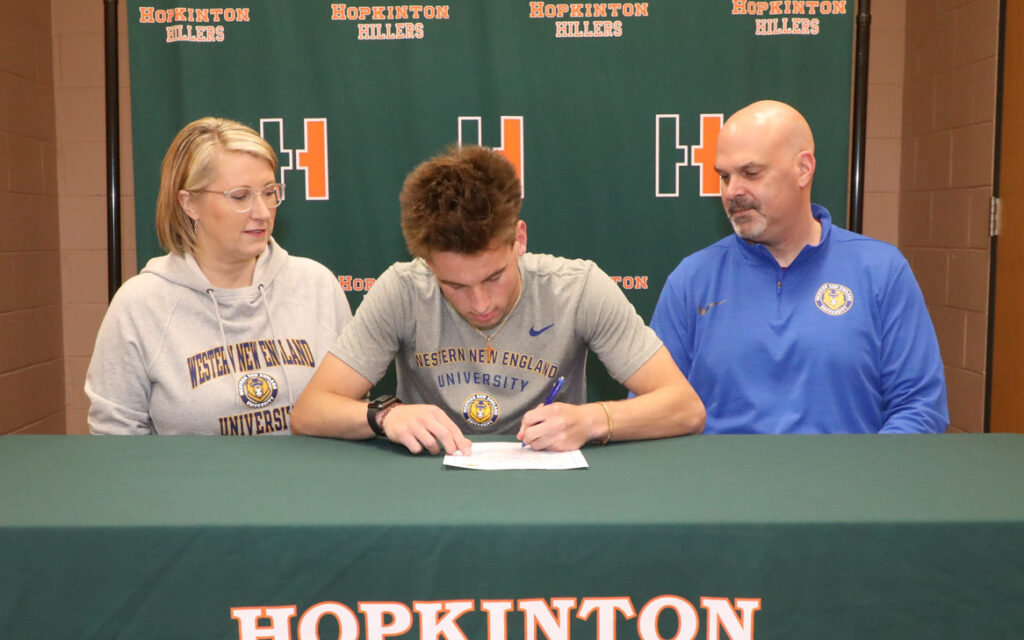 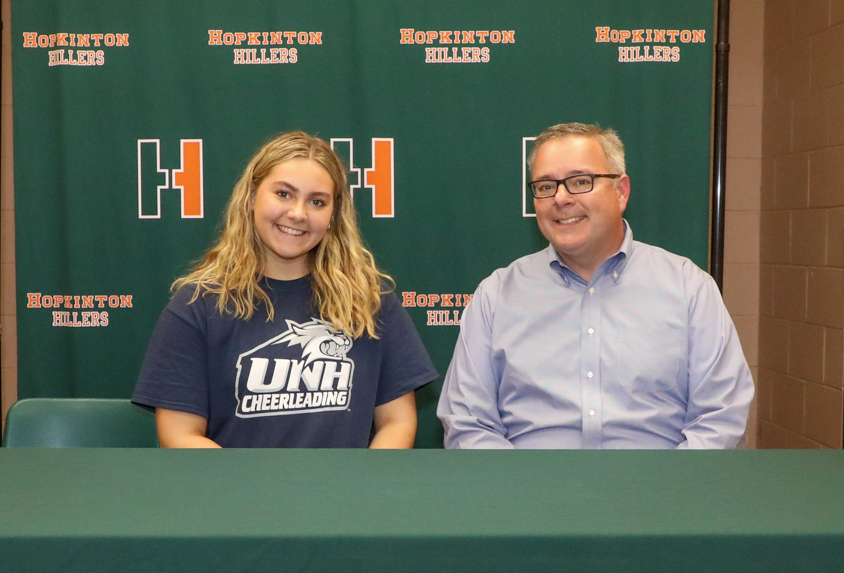 Elizabeth Schneider, alongside father Karl, will join the cheerleading squad at the University of New Hampshire. PHOTO/JOHN CARDILLO 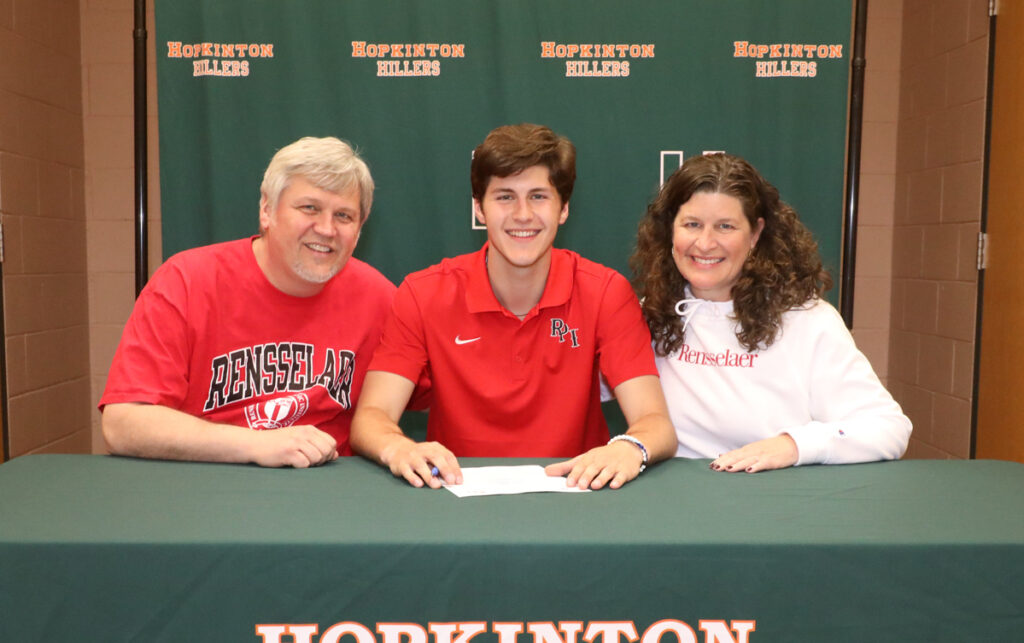 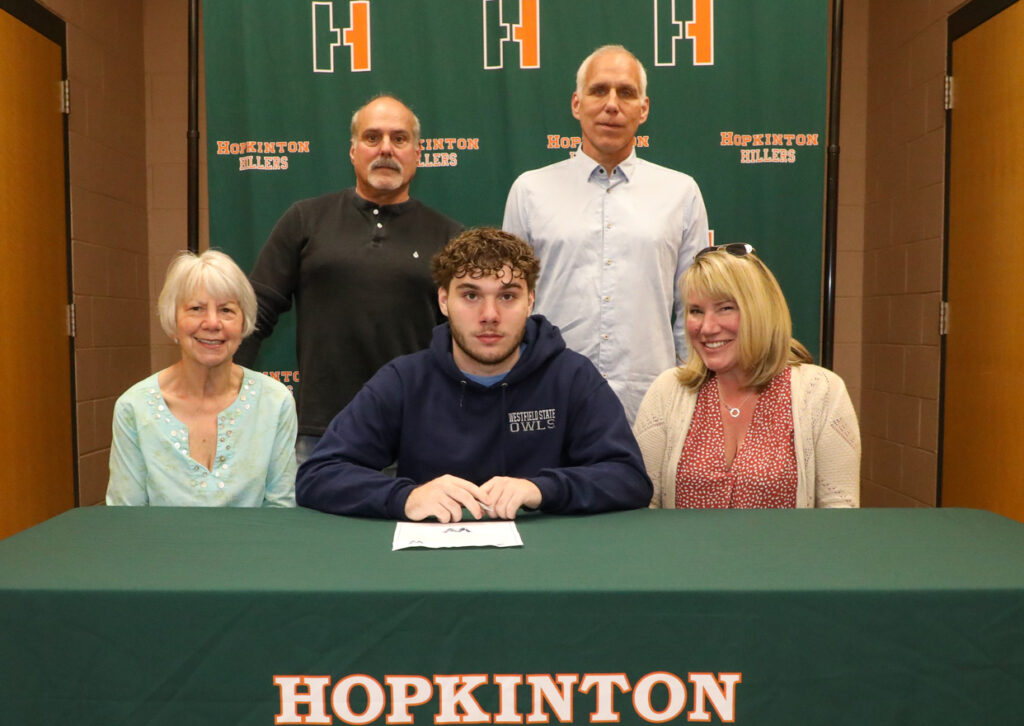 ← Sokol takes shot at NFL after signing with Vikings Hopkinton Today: Thursday, May 19 →