HHS took control early, taking a 19-7 advantage after one quarter and a 40-22 lead at the half, led by 17 points from Chatten. The lead ballooned to 21 points early in the third quarter.

The Mustangs cut it to 14 after three quarters (56-42), then made a fourth-quarter rally and got to within four points with four minutes remaining in the game. It was 64-60 with 3:10 left when Chatten hit his final 3-pointer, a shot from the right corner that gave the hosts some breathing room. One minute later, Pantera finished a nice move with a short baseline jumper with just over two minutes left. Deisenroth scored 40 seconds later off a nice feed from Hyman to cap a 7-0 run that made it 71-60, and the hosts held on from there. 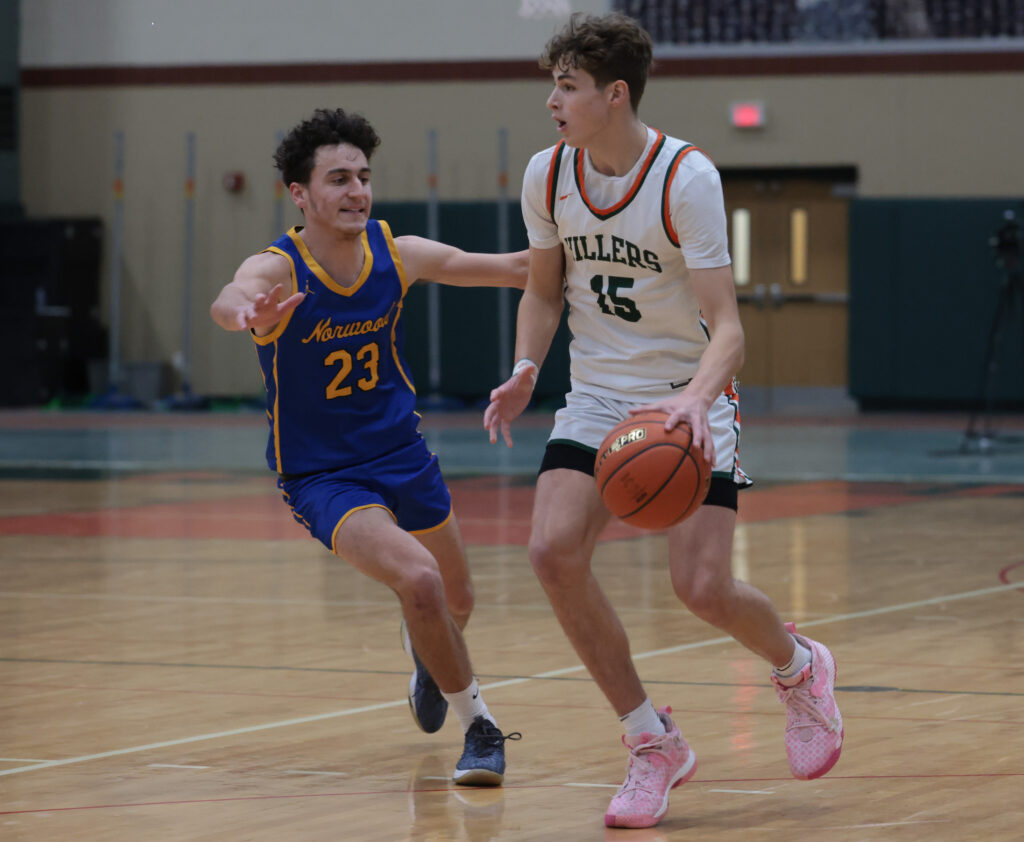 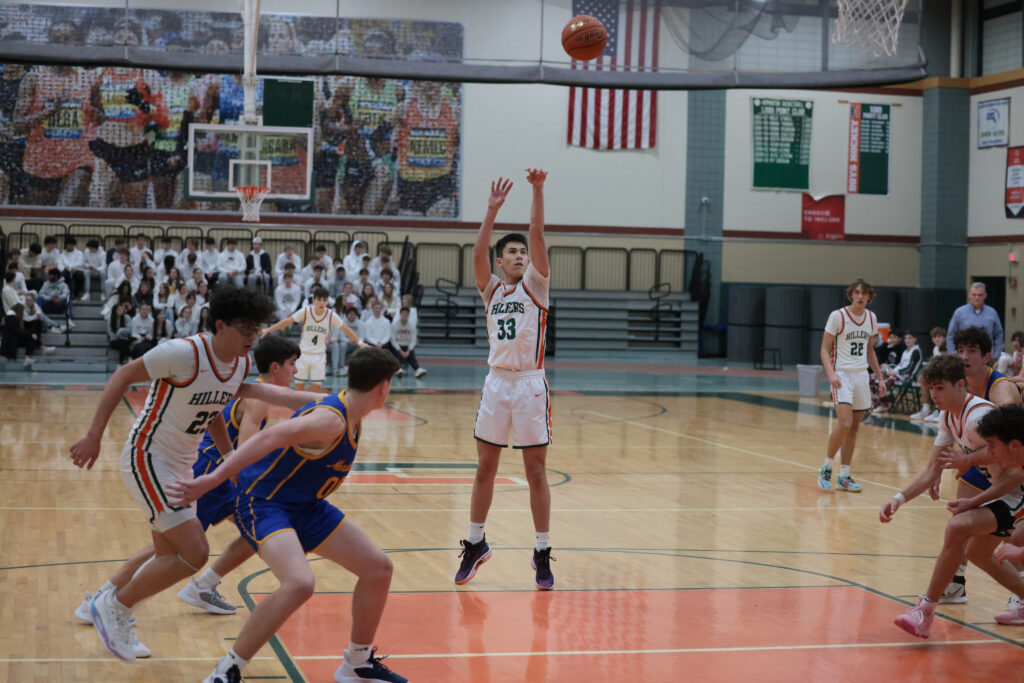 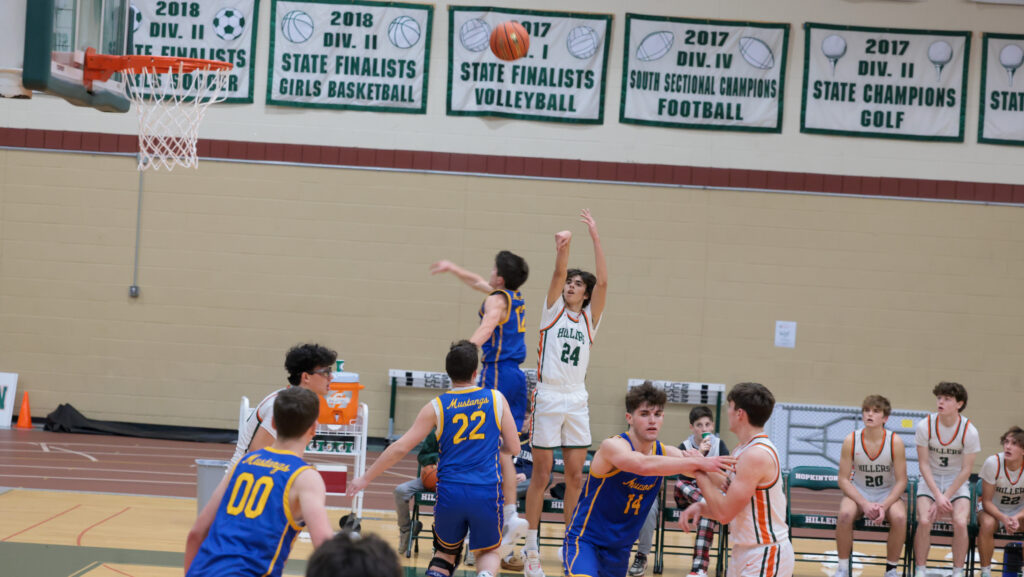 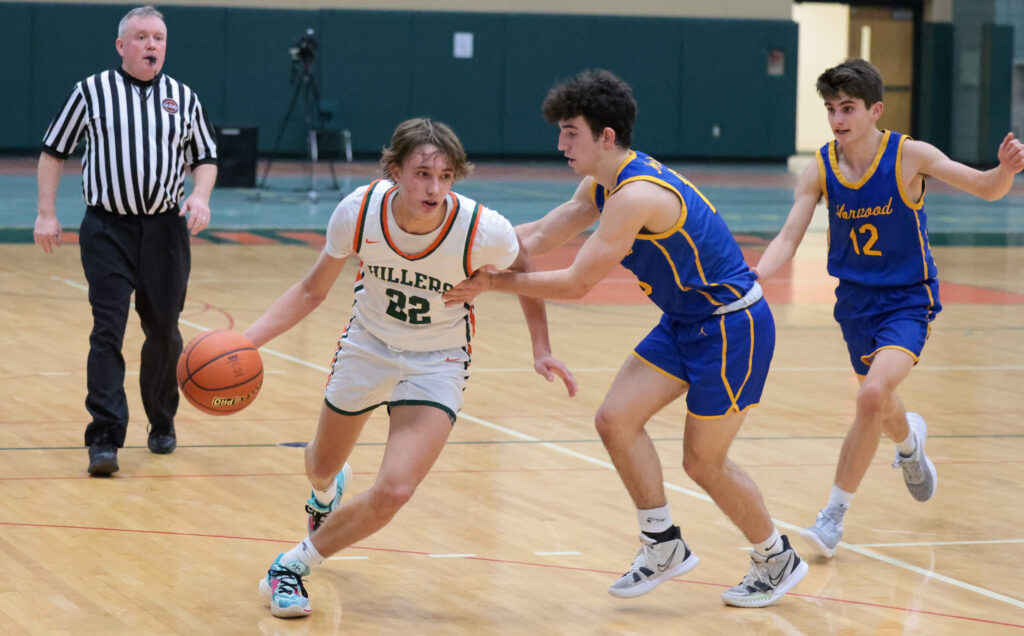 Cole Deisenroth looks for a path to the basket. PHOTO/JOHN CARDILLO 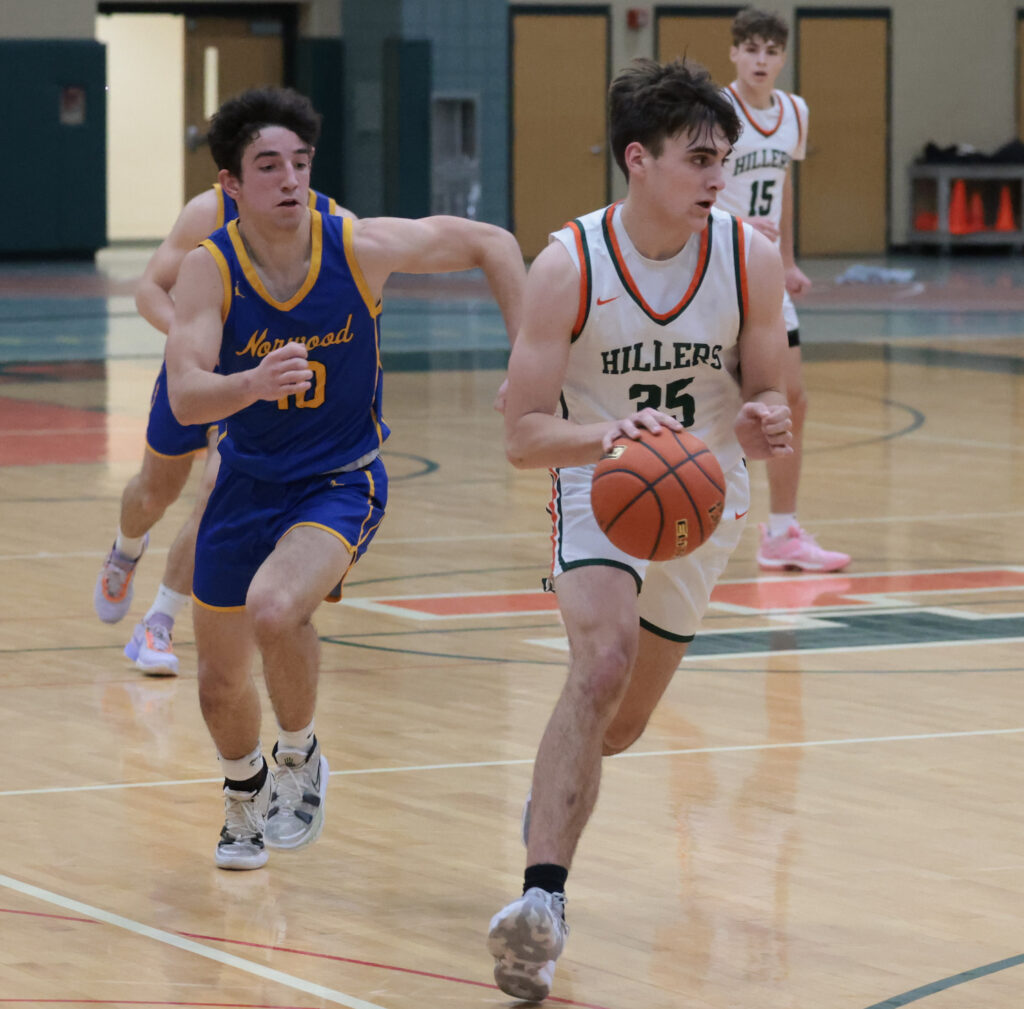 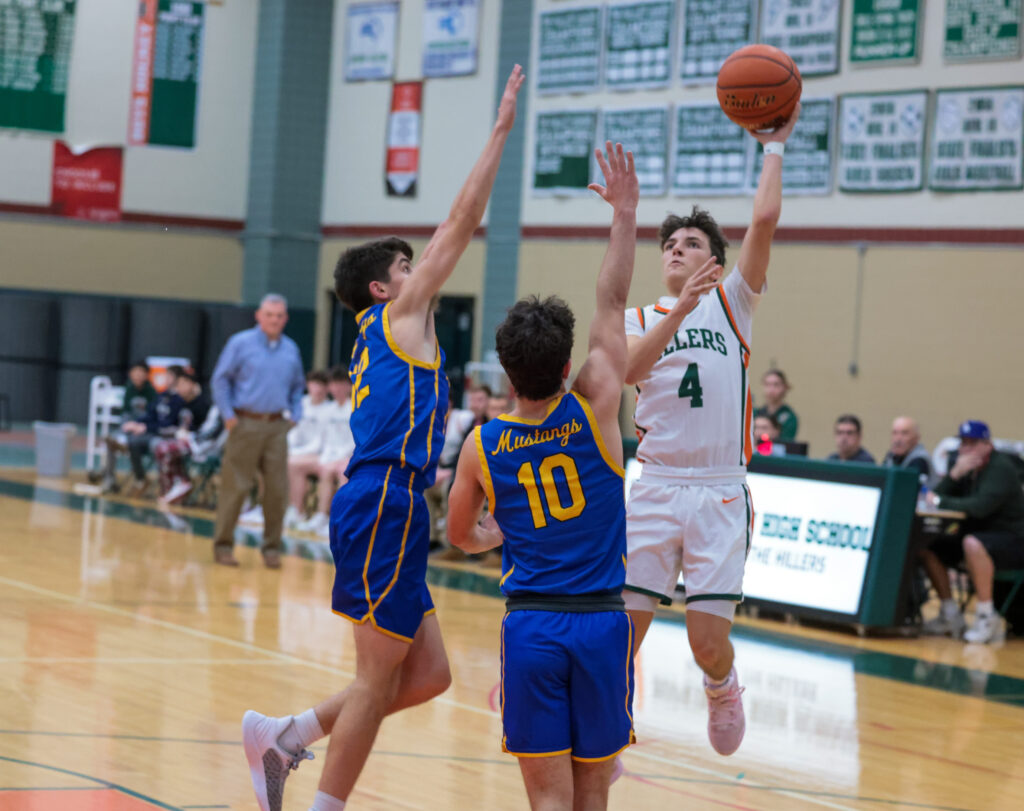 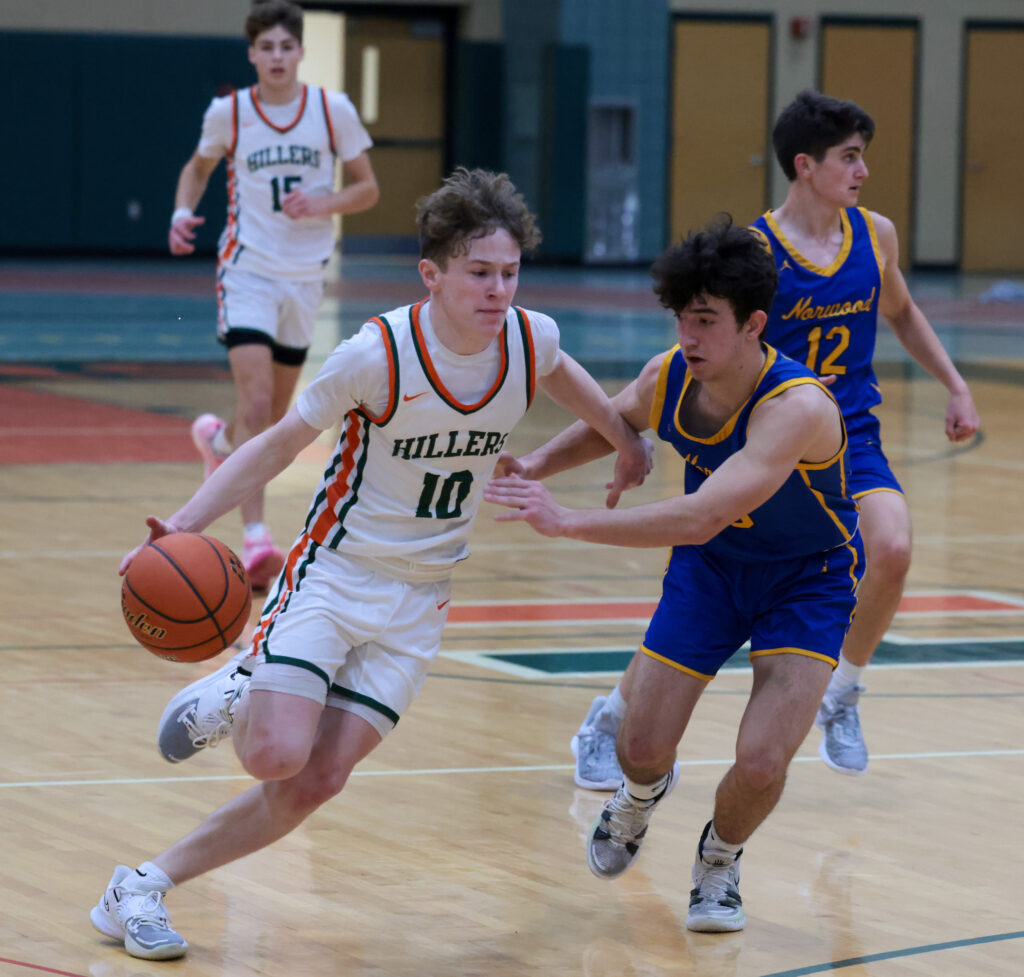 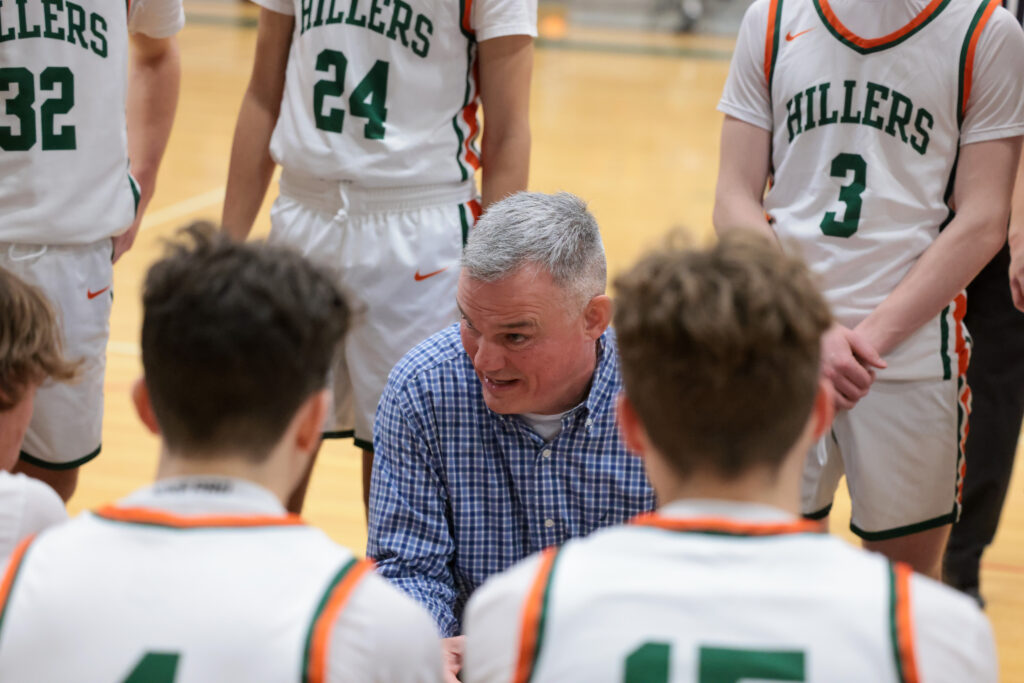 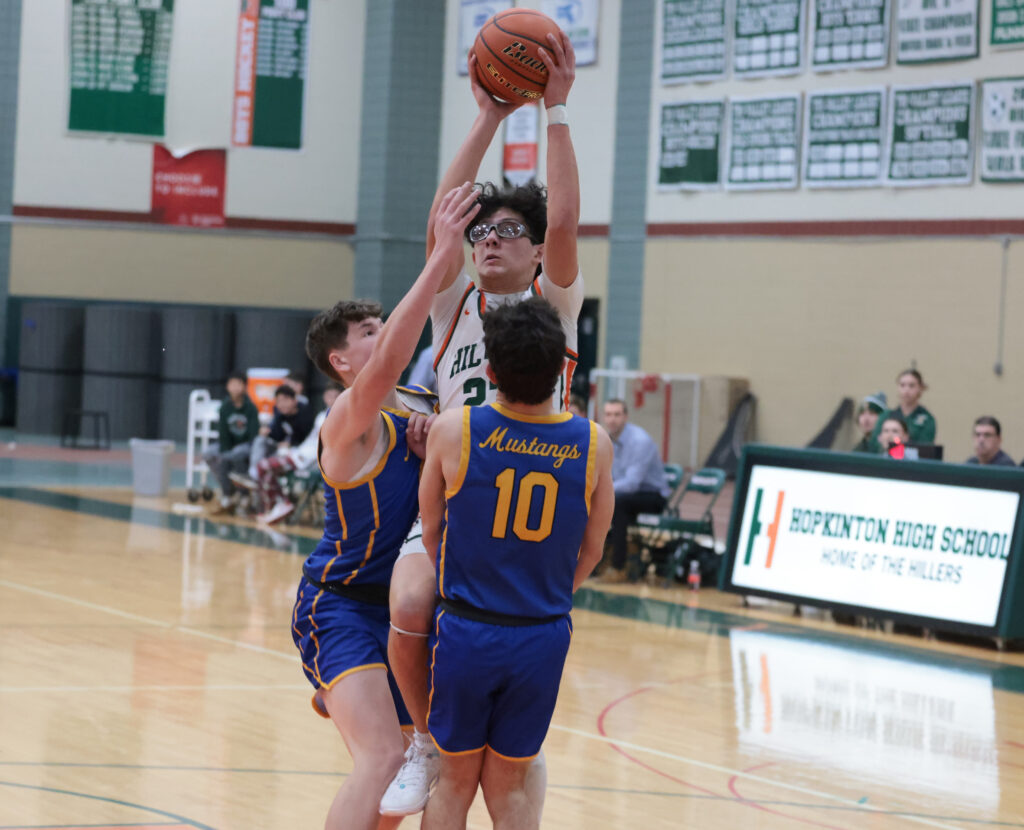 Sam Pantera fights for control while being swarmed by the Norwood defense. PHOTO/JOHN CARDILLO 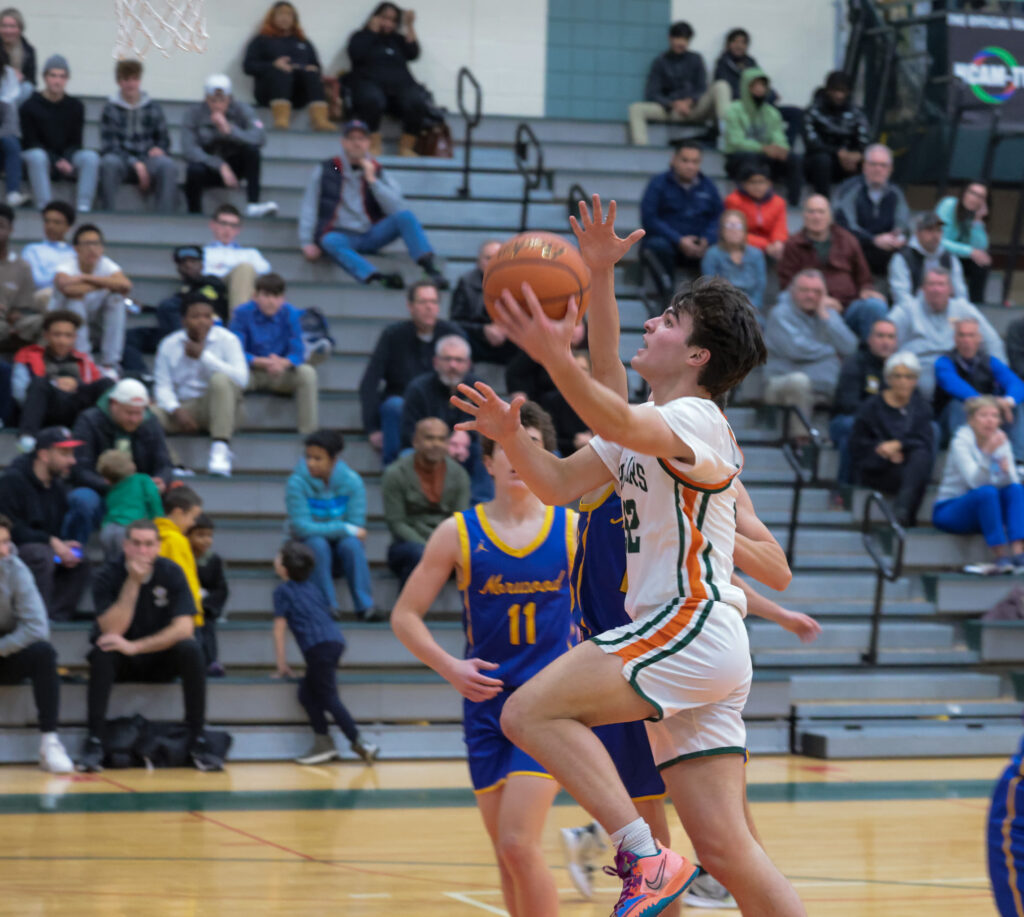