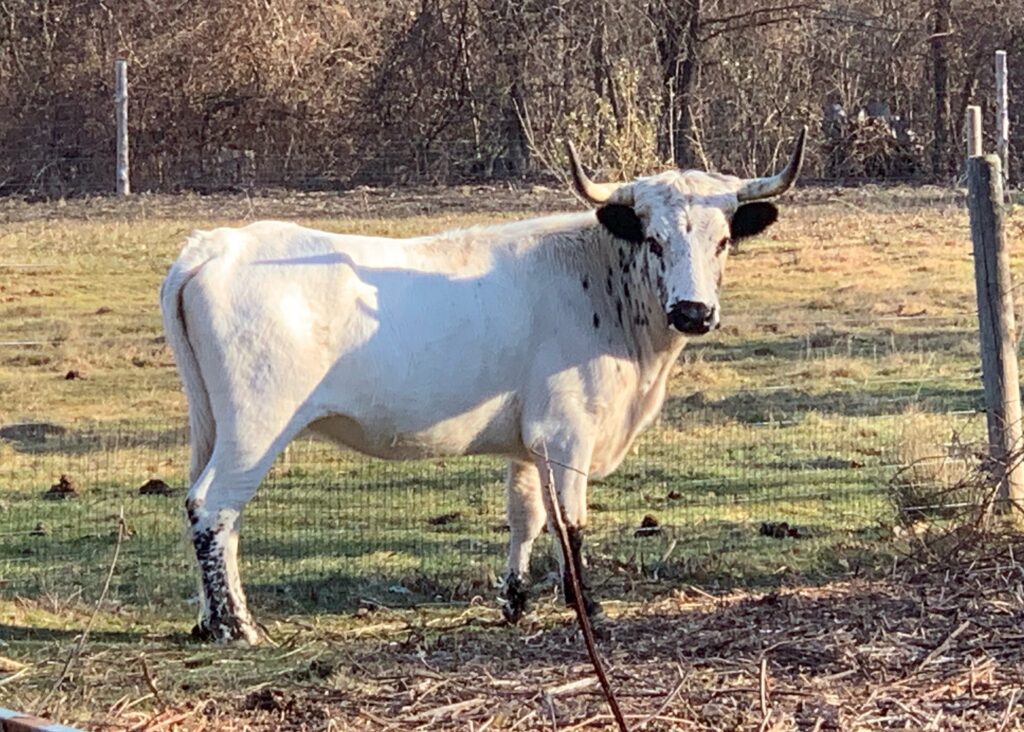 This bull has been wandering around Ash Street since the summer. The town was working on a plan to catch it. PHOTO/JERRY SPAR

I was at the dentist a couple of weeks ago to get a tooth capped. The dentist asked me to open my mouth. She took a look, and her initial comment — this is an exact quote, word for word, I remember it well — was, “Yikes.”

While stuck in the chair waiting for the novocaine to take hold, I started thinking about the many times in 2022 that evoked a similar feeling. So, as we put the cap on 2022, here are 10 stories from the past 12 months that qualified as “Yikes” moments.

10. The loose bull on Ash Street — Someone who knows more about these things than me says it’s actually a steer, because allegedly it was headed for the slaughterhouse on Ash Street when it escaped. Either way, it’s been wandering for months, appearing in residents’ yards and grazing on the side of the road. Police Chief Joseph Bennett said last week that the town’s animal control officer was working on plan to catch it. I went looking for it one day recently and quickly spotted it behind a house. It saw me looking at it from my car and stared me down, but it did allow me to take its picture before leaving.

9. The Upper Charles Trail Committee — Despite vocal opposition to the committee’s proposal to have the trail go around Marathon School and down Hayden Rowe Street, the UCTC remains undeterred. The UCTC is sending $140,000 (mostly grant funded) to engineers for a study of the portion that would go around Marathon School. It will be interesting to see what happens when this committee presents its options to the Select Board and when Town Meeting gets to weigh in on it.

8. Norman Khumalo’s job search — The longtime town manager interviewed for positions with two other communities this summer but wasn’t selected for either. “I … am looking forward to working in a larger community, one that allows me to expand my professional accomplishments, curiosity,” Khumalo told Watertown officials during a public interview. Khumalo leaving would be a shakeup Hopkinton does not need at this time.

7. Fruit Street bridge closing — As if it wasn’t enough to have Main Street ripped up for part of the year, the Massachusetts Department of Transportation closed the northern end of Fruit Street to rebuild the bridge there as it works on the Interstate 90/Interstate 495 interchange. The bridge closed in February and is scheduled to reopen early next year.

6. Election conspiracy theorists — As if Town Clerk Connor Degan didn’t have enough to worry about, he’s got to deal with people — primarily from out of state — barraging him with records requests and threatening litigation because they’ve been brainwashed to think elections are being stolen.“It’s a concentrated effort to try to see if they can inundate election offices and harass election officials, unfortunately,” Degan said.

Positivity break — We interrupt this column to highlight some positive moments from the past year: The Boston Marathon returned to its normal April schedule and went off without a hitch, Altaeros Energy is working on a tax increment financing agreement to relocate its headquarters to South Street, Alltown Fresh opened a sparkling new market/gas station on West Main Street, Town Meeting approved a TIF with Lykan Bioscience for the company to expand its South Street facilities, Hopkinton High School boys soccer reached the Division 2 state championship game and Hopkinton’s Sean Farrell starred for Team USA hockey in the Winter Olympics.

In September, trees were removed from the forest behind Frankland Road for a solar array. PHOTO/JERRY SPAR

5. Frankland Road solar — Neighbors who had been fighting the development in the former Liberty Mutual-owned forest were devastated when Agilitas Energy bought the property from Seaboard Solar and went to work clearing trees for a 5.8-megawatt solar array. “They ripped the heart out of the forest,” said resident Ann Karnofsky, who had pushed for the town to purchase the land and save it.

4. COVID — Remember when COVID was a really big thing? Some would say it still is. You can decide for yourself when there’s another inevitable surge in cases. On the positive side, there have been far fewer fatalities. In the meantime, the Health Department is offering weekly vaccine clinics for COVID and the flu and turning its attention to other issues, like PFAS.

3. Police staffing — Chief Joseph Bennett appeared before the Select Board on Dec. 6 to ask for changes in rank structure, partly in an attempt to avoid having officers poached by other departments making better offers. The department had a high number of vacancies in the first half of the year and has been working to fill the spots with new hires. Meanwhile, Bennett has been operating without a deputy chief since John Porter was placed on administrative leave in August pending an investigation, details of which have yet to emerge.

2. School Committee shakeup — In early March, two School Committee members suddenly resigned after taking flak for strategizing with a resident to build support for lifting the mask mandate and opposing a new school calendar that added additional holidays — actions that, while not illegal, rubbed a lot of people the wrong way. The School Committee soldiered on with three members until two new members joined after the May election. 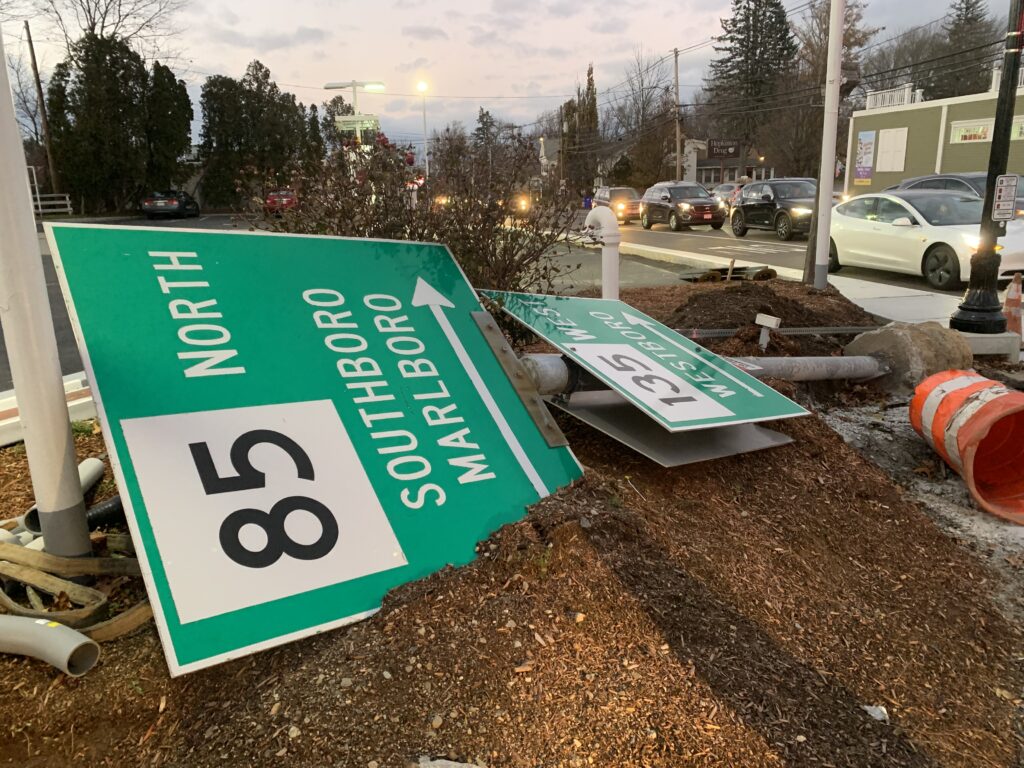 The Main Street Corridor Project has made it more challenging than ever to get through downtown, but there’s only one year of construction left to go. PHOTO/JERRY SPAR

1. The Main Street Corridor Project — There were some rough stretches (of time) due to some rough stretches (of road), especially during the summer. Detours have continued into December. Top questions and answers: When will construction end? Next October. Isn’t the road too narrow now? Yes. What are they doing about that? Widening it by a few feet. Is that enough? Probably not. “I want to express my thanks to all community members for their patience and understanding as we finish up this project and make these changes,” said Khumalo.