Daughter Marcie Caporizzo had made it a goal for her father to get at least 100 birthday cards for the occasion, and she reported that he had received 108. That doesn’t include the 200-plus cards and letters he received from local elementary school students. Caporizzo read one letter, from a fourth-grader named Julia. The girl indicated she was learning about the Holocaust and, as someone who is Jewish, she was especially thankful to Phipps for his service during World War II (click here for more on Phipps’ life story).

Hopkinton American Legion representative Mike Whalen was on hand to present Phipps with a special walking cane with a carving of an eagle’s head at the top.

During the drive-by celebration, Hopkinton Police Officer Phil Powers stopped to give Phipps a challenge pin to commemorate his military service.

Phipps expressed appreciation for the festivities and joked that he looked forward to seeing everyone again in another 100 years. 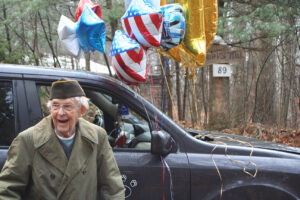 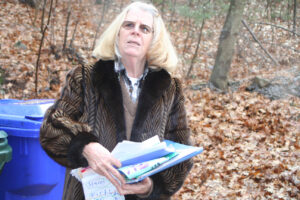 Daughter Marcie Caporizzo shows some of the cards and letters Russ Phipps received for his 100th birthday. PHOTO/JERRY SPAR 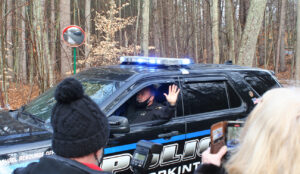 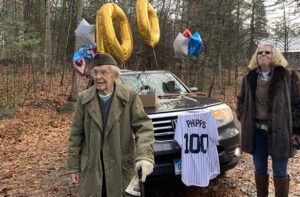 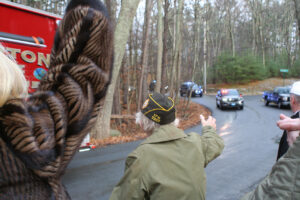 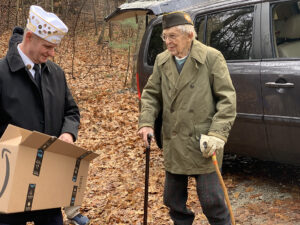 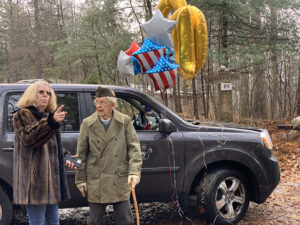 Daughter Marcie Caporizzo directs Russ Phipps to the end of his driveway for the celebration. PHOTO/JERRY SPAR 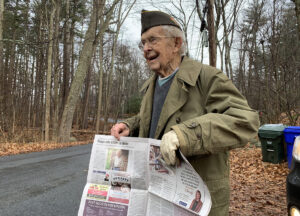 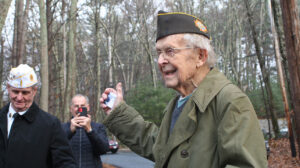