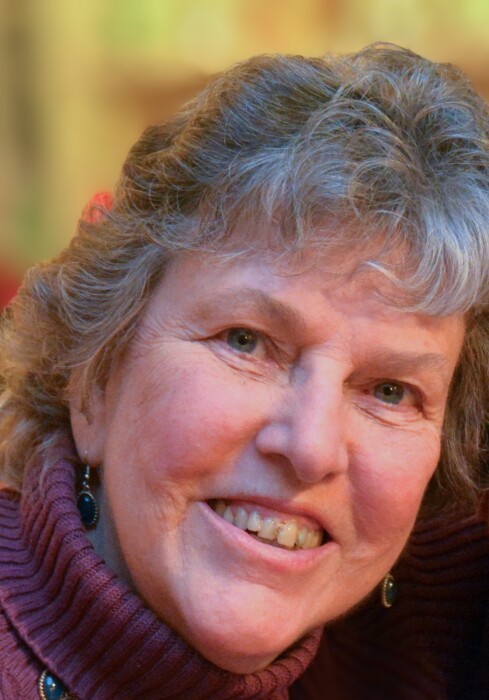 Born in Miami, she was the daughter of the late Anthony and Thelma (Beach) Baggett. She was raised and educated in Miami, graduating in 1958. She went on to trade school to become a dental assistant.

Terry met her husband by becoming his pen pal while Lee was in the Air Force. Terry’s brother, Terrell, gave Lee his sister’s address. They wrote back and forth for three years, only seeing each other a total of three weeks over that time. They were married in Florida, living in Southborough before buying the house that use to be a carriage house in Westborough in 1964.

Terry worked for several dentists in Florida and Dr. Tasse in Northborough. Later, she worked for Magic Decorating in Westborough, first as a bookkeeper, then interior decorator. She went on to work for Elegant Interiors in Northborough. In 1987, she started her own interior design company, Environments, where she worked until her retirement. She became an accomplished interior decorator, and many customers became her lifelong friends.

Terry’s faith in Jesus as her Saviors permeated every aspect of her life. It was what motivated her to use her gifts of hospitality and organization to serve and benefit the lives of others. Terry was involved in many ministries throughout her life. From being the adult leader for MYF Youth Group, making meals for crews on Habitat for Humanity projects, sewing dresses for students in Africa, to serving on mission trips to Dominica and the Dominican Republic. She loved to be near the water, especially at Genelee House on Cape Cod, Hand & Foot card games, and spending time with her family. Terry and Lee traveled extensively throughout Europe, as well as across the United States. She loved being Momo, a name her grandson gave her when he couldn’t say Grammy. Terry loved to bring people together and plan a party. She was the social director and hostess. Terry loved getting the neighborhood “girls” together at Specialteas, organizing her Christmas open house and participating in Women’s ministries, where she led countless events. Terry worshiped at Faith Community Church in Hopkinton.

Lee, Kim and Robin would like to thank our devoted CNA family that cared for Terry all these years. Especially Tina, Faith, Alexis and many others who have come through our home.  Also, thank you to all the dear friends and family who visited and provided company, nourishment and prayers.

She is predeceased by her parents, brother Terrell Baggett, niece Sabrina Baggett and cousin Donna Dalzell.

There will be visitation hours from 9:30-10:30 a.m. followed by a celebration of life on Saturday, Dec. 17, at Faith Community Church, 146 East Main Street, Hopkinton. Burial will be at a later date. Funeral arrangements are under the care and directions of the Pickering & Son Westborough Funeral Home.

Livestream of the funeral will be available here.

In lieu of flowers, please send donations to your choice of charity in Terry’s name.