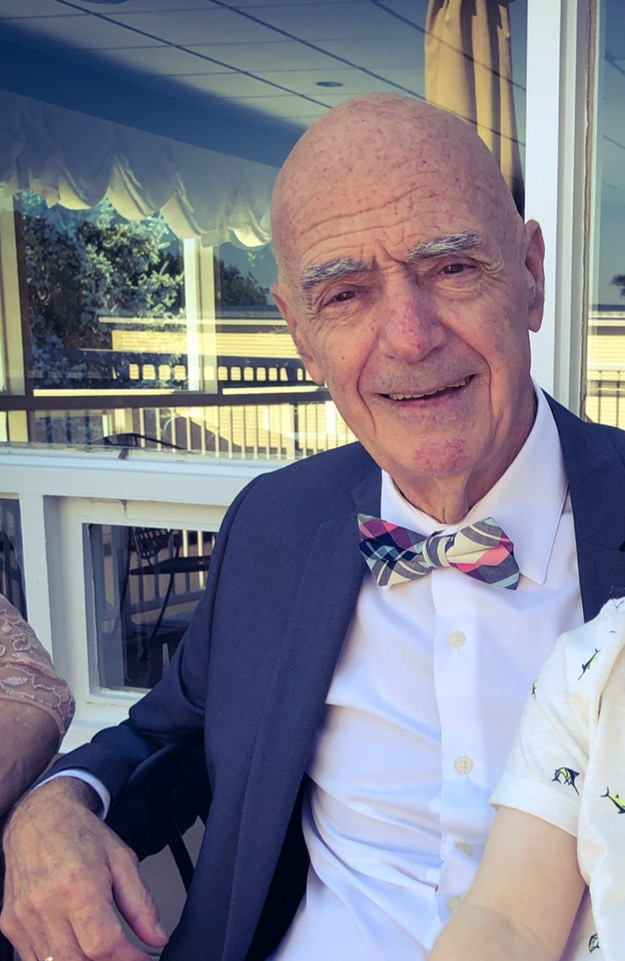 Bill was a lifelong resident of Hopkinton and a 1959 graduate of Hopkinton High School, where he was an all-around athlete. He was honored to serve his country in the United States Navy on the U.S.S. Bexar through the missile crisis in Cuba. He went on to a career building pumping stations throughout New England, but his real passion was athletics and coaching youth sports. He  touched hundreds of young athletes over the years, including coaching Hopkinton’s first youth football team. Hockey was near and dear to his heart. Coaching the Hopkinton Hornets and Triboro youth hockey teams brought him such joy, as he loved seeing young talent develop on the ice. He was actively involved in his children’s and grandchildren’s athletics and seemed to always be on the road to one game or another. Music was his second language, and we will forever miss his voice. He could name any ’50s tune in three notes and could flawlessly sing every word with perfect pitch.

In addition to his wife, Bill is survived by his children, William Macmillan III and wife Ursula of Milton, Brenda Macmillan and partner Paul of Pelham, New Hampshire, Karen Schiloski of Mendon, Laura Doherty and husband Tim of Gray Court, South Carolina, and Daniel Macmillan and wife Caroline of Hopkinton. He also leaves his beloved grandchildren, Stephanie, Maxwell, Lindsay, Kylie, Sarah, Peter, Jessica, John, William IV, Emma, Joseph, Patrick, Jackson, Senan and Kiernan, and his four great-grandchildren, James, Bryleigh, Connor and Timothy, with another blessing on the way in October. Bill also is survived by brother David “Jeff” and wife Norma of Hopkinton, sister Martha Banks and husband Stephen of Worcester, and brother Michael and wife Margaret of Walpole, as well as many nieces and nephews.

The funeral will be held Monday, Aug. 8, from the Callanan Cronin Funeral Home, 34 Church Street. A funeral Mass will be celebrated in St. John the Evangelist Church at 10:30 a.m. Burial with military honors will follow in Mount Auburn Cemetery, Hopkinton. Calling hours at the funeral home are Sunday, Aug. 7, from 4-7 p.m.

In lieu of flowers, please consider extending a hand to those who willingly sacrifice each day to provide our freedom and security through a donation in Bill’s name to the Gary Sinise Foundation, P.O. Box 40726, Nashville, TN 37204 or garysinisefoundation.org.