Alcott eager to contribute with Youth and Family Services 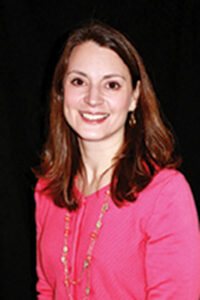 Dawn Alcott is the town’s new director for Hopkinton Youth and Family Services.

Following her position as director for Medfield Youth Outreach, Dawn Alcott is bringing her experience as the new director for Hopkinton Youth and Family Services.

Alcott said what originally drew her to the social work field was working at a small community hospital, giving psychological and substance abuse evaluations for adults and adolescents.

“I was seeing residents in the community who needed a whole lot more, so I was drawn in wondering how I could make a difference,” she said.

She then accepted a position at Medfield Youth Outreach, working there for 19 years before accepting her new job in Hopkinton in April.

Alcott said working as a community social worker is about supporting those with whatever challenge they have in their lives.

“It’s a lot of mental health services, information services and referral, but also those one-time calls, with a specific issue looking to be guided in the right direction,” she said. “Youth services is a true social work role. … To know the basic resources of anything human services across the age spectrum, you end up developing quite a resource base.”

Alcott first learned about Hopkinton while at a substance misuse prevention coalition, where she met Denise Hildreth, the now-former director for Hopkinton Youth and Family Services, and Colleen Souza, a licensed clinical social worker who still works in the department. When Hildreth departed in December for a job at Regis College, Alcott at first decided to help out in Hopkinton as a colleague, then ended up applying for the job.

“The more I started helping Colleen out, things sort of shook out and I applied and got the position,” Alcott said.

Now working in Hopkinton, Alcott said she is looking forward to the challenges a new community brings.

“What’s intriguing about a new community is that there’s work to be done, and there’s things to build,” she said.

Alcott planned on using the first couple of weeks to get to know those in the community, attend meetings and make a lot of cold calls.

“If it’s anything like how I started my other job, you make a list and you just keep calling people … meeting people, and you learn what the issues are,” she said.

Asked what motivated her to take on this type of work, Alcott said she drew inspiration from a story her father told her about a social service worker helping him as a child during the Great Depression era.

As a young boy, Alcott’s father was sent to what he called the “welfare market” to collect food for his family, which included six siblings. Equipped with a wagon to hold the supplies, he was caught in a rainstorm on his way back, and the food was destroyed.

“As my father was on his way home, a man pulled up in a car and asked, ‘Little boy, where are you coming from?’ And my father said, ‘From the welfare market,’ ” Alcott said, recalling the story.

The man brought her father back to the market and told workers to give him double the supplies.

“A worker asked my father, ‘Little boy, do you know who that man is? That’s the director of the whole program.’ ”

When the director drove the boy home, the boy’s mother thought he was in trouble and began to scold him. But when he showed her all the groceries, she began to cry.

“That story always touched me, even as a child,” Alcott said.